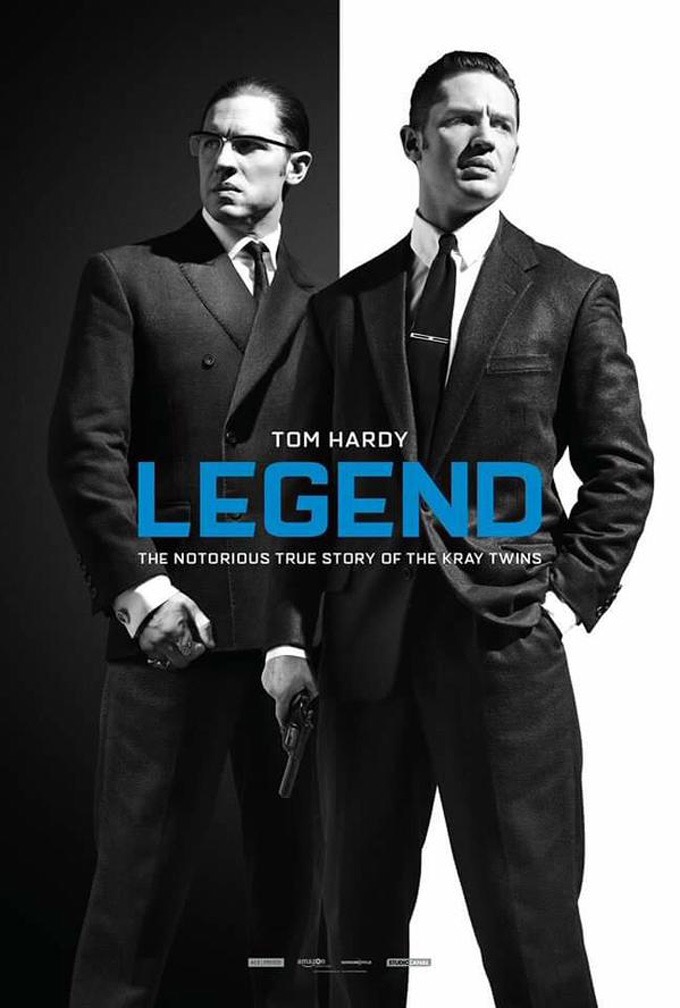 What more reason do you need to see this movie? It has TWO Tom Hardy’s!

Ok, sorry, my fan girl came out a bit there but seriously, this movie is incredibly good!

This movie is a biopic about the Kray twins. Two notorious gangsters that lived in London and spent the 60s ruling over it.
The movie is narrated through the eyes of Reggie Kray’s wife who was with him during the 60s. Using this as the narrator instead of one of the twins gives a different look into the Kray’s lives that you wouldn’t see if you saw it from someone else. Seeing the story through her eyes as well made the audience see the awesome side of their lives as well as how destructive it can be too.

I’m not usually a fan of biopics because real life can be quite boring, but, this movie was different. The Kray twins are two people who had a lot of stuff happen to them in a small space of time and so there isn’t a dull moment in the movie. This movie definitely wanted me to google up the Kray twins and try and find out more about them.

The casting of this movie was perfect! As well as having the stunning Tom Hardy as both of the main characters they had Christopher Eccleston (from Doctor Who) David Thewlis (Lupin from Harry Potter) and Emily Browning (Violet from a Series of Unfortunate Events) as important characters too, really showing off some wonderful British actors.

I wasn’t sure whether I’d like this movie as I am not huge on violence and gritty films but it certainly surprised me. The language is colourful to say the least and of course there are moments of violence but Ronald Kray’s comedic relief definitely helps bring something different to the plate and makes the bad stuff easier to watch.

I’d definitely recommend this movie because it shows a different part of London in the 60s and is very interesting as a biopic. Once I left the cinema I wanted to look up the Kray brothers just to find out more about them.

Have you seen this movie? What did you think of it?