Recently BBC Three showed a short documentary called Rest in Pixels that was talking about dead accounts on Facebook and the changes we can make now, while living, to define our one day dead profiles. Right now there are 30 million dead Facebook profiles and by 2020 there could be more dead people on Facebook than living. That is absolutely crazy! 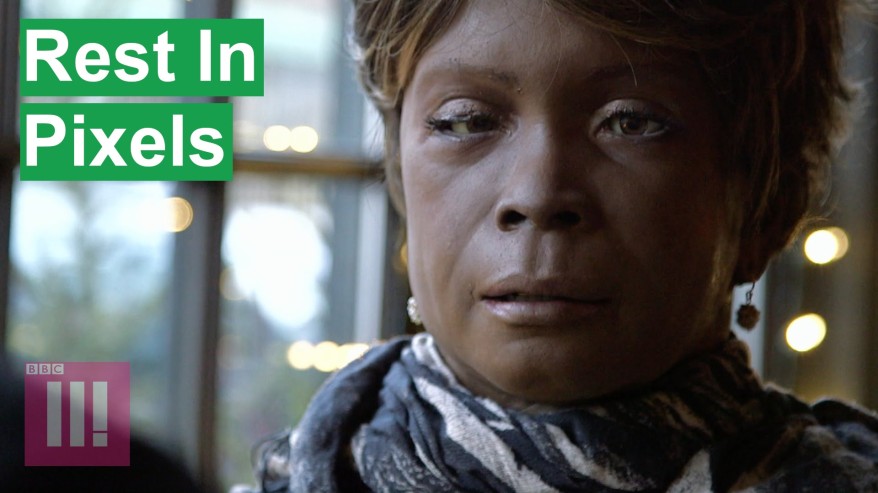 So when you die, would you want your timeline to just stop or would you want there to be a way to live on through it? In the documentary they spoke to three different companies. One called Dead Social, one called Liveson and one called Eterni.me.

Dead Social posts a video to your profile after you have died that you would’ve recorded while living where you can say whatever you want. You could use it to say goodbye to loved ones you didn’t get a chance to or you could literally say whatever. In some ways it would give your loved ones and the people affected by your death some conciliation that this was how you felt while you were alive.

Liveson is a bit different. It works through Twitter and analyses your Twitter profile to continue tweeting things after you die. But don’t worry, it uses the hashtag so people know where the tweets are coming from. Honestly, I don’t really get this one. It basically keeps your Twitter going for no point or purpose and it doesn’t make much sense to me.

The last is eterni.me. Eterni.me is a website that creates an avatar of yourself and you put in information about yourself so people can log on, find your profile and basically have a chat with you even after you’re dead. Honestly I found this one a bit sad. In my mind it halts the grieving process and people could easily become attached to this virtual version of their lost loved one. If it was really in-depth with the information it learnt about you as well it could be hard to blur the lines between what is real life and what is computer generated.

In my opinion, even though these are all interesting concepts, I think the only one I could see myself using is Dead Social. This is because you never know when you’re going to die. It could be in ten years or it could be in ten minutes, who knows? But I know it would be nice to leave a message to my family and friends at least to give them some reassurance that I was happy while I was alive and I can properly say goodbye to them if I didn’t get the chance. The others just seem a little odd to me but I’d like to hear your opinion.

The documentary is available for 11 months on iPlayer so you have plenty of time to check it out and let me know what you think.

Would you really want a bot to tweet for you after you’re gone?