Would You Rather Review

Would you rather was one of those fun games you played as a kid, but don’t those sorts of things make the best horrors? Like the weeping angels in Doctor Who representing granny’s footsteps or every horror movie playing hide and seek. Would You Rather is a dark movie with a lot of moments that you just can’t watch, but really, that’s the whole point.

Would You Rather follows the story of Iris a young woman who is trying to help her dying brother. She finds a man who says he will pay for her brother’s treatments if she comes to dinner with him. She agrees and arrives in the evening to a dinner party of a few guests. Over the evening the guests start to get tortured but not in the way you would think. The twist is that to get the money to save their loved ones the guest must be the last alive. In this scenario, the millionaire puts two of the guests in a predicament that one has to decide how to get out of. For example, they both have electrified rings on their heads that could possibly kill them and one is given the switch to decide who will get shocked, would you rather take the shock yourself or make the other person take it. It goes on for some time slowly getting worse and worse until they try to escape to no avail. In the end, of course, Iris is the last one standing. She returns home to let her brother know that he will be OK but she finds that he has already killed himself. Her torture and brutality was for nothing.

This movie is incredibly dark. It makes you question what would you do and how far could you push yourself to save your loved ones. It’s a literal story of kill or be killed. 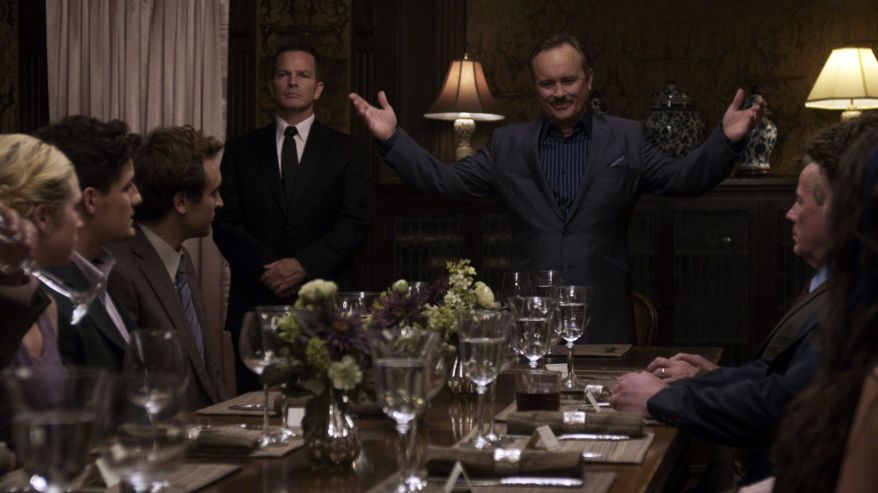 This movie is all about gore. There are so many moments where you have to look away because of how disgusting what is happening on screen is. It gets all the more worse when you realise that they are doing all this for their loved ones and not out of choice.

It makes you wonder: could this really happen? A man crazy with money and a knowledge of his own power uses people’s problems against them in his own sick and twisted way. I think that’s the scariest thing, it could be true. Especially if you think about hospital bills in America where this is set why don’t people abuse their power? It’s a horrific thing to think about.

Have you seen Would You Rather? What do you think?