The newest series of American Horror Story (AHS) is based off the Roanoke Colony disappearance. It was completely new and different to anything the series has done before. In my opinion? I didn’t like it. 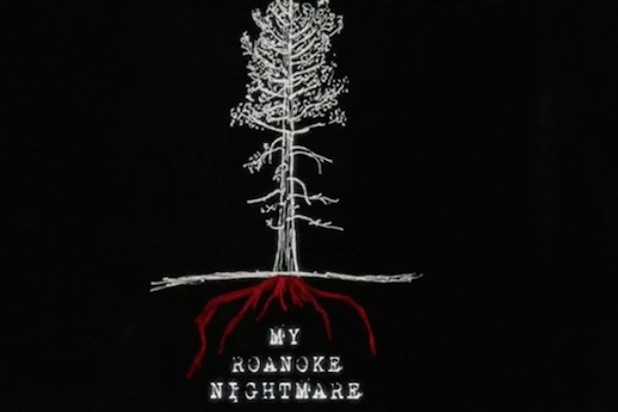 The difference with this series to others is that it is a show within a show. Instead of it being set in a time period or in a specific genre like Hotel or Freak Show, it is actually a show all itself. My Roanoke Nightmare is the show within AHS. It follows a couple who move into a farm house and are nearly killed by the ghosts that inhabit it. My Roanoke Nightmare recreates their hauntings for TV and this is where the extended cast of AHS comes in. Halfway through the series of this AHS series (not My Roanoke Nightmare) the cast of the Roanoke Nightmare, from the actors to the ‘real people’ join together to return to where it was based for a new series. During this they are killed off one by one by either each other or the ghosts. Finally, with only one person left alive, they are questioned by Lana Winters (a character from the Asylum series) on what happened to her. In the end she is killed too and only her daughter survives.

As you can tell it’s a bit confusing. Being a TV show within a TV show is an interesting concept but when you have hyped up the idea of the theme so much it was a bit underwhelming. Having two separate TV shows too, My Roanoke Nightmare and Return to Roanoke, added to the confusion and keeping up with everything. Especially as half the time the actors are playing the ‘real people’ so you have to remember who they are as well as when they become normal people when they return to the house.

I found the acting a bit odd and the characters kind of lame. Half of them were dead so there was no character development there and the other half died before we really got to know them. The accents were dreadful, especially with the Butcher and the random audience member in the last episode, an English accent? Only if she’s from a weird English town that sounds surprisingly American!

With the ending, it was very flimsy and didn’t feel like a proper ending. It was quite rushed and seeing as it was only 10 episodes instead of 12 it really felt unresolved. Everyone just dies! What sort of ending is that? Especially as they have to live on in the spirit realm whereas in series’ like Freak Show when they died, they died.

Would I recommend this series? Definitely not! If you’ve never seen AHS before do NOT start with this series! There are so many better ones including Freak Show and Hotel.

This has definitely been a way too overhyped series that was incredibly anticlimactic and weird. If they do a series 7 I really hope they improve it because they have such talented actors and such wonderful ideas I hope this one won’t be replicated again.

What did you think of AHS: Roanoke?