Don’t Breathe was one of those movies I wanted to watch for so long. I finally got to watch it and I have to say, I wasn’t disappointed. 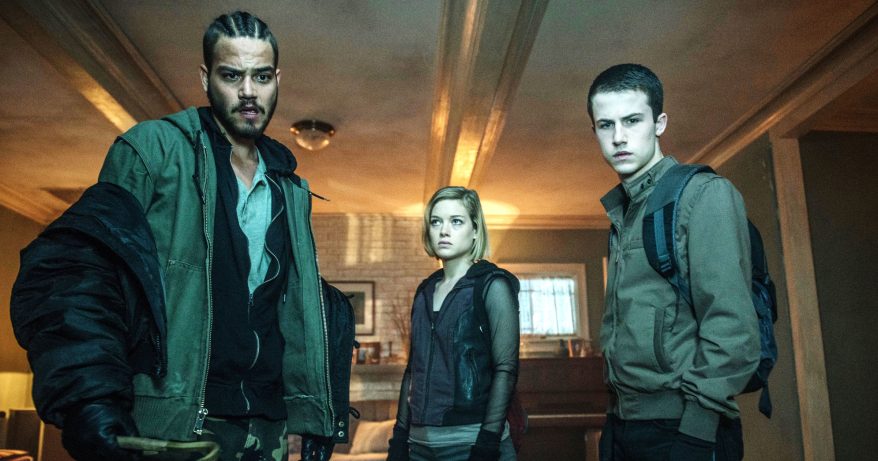 Don’t breathe is a beautiful movie. Not beautiful as in the storyline but beautiful in the way it is shot. Every single angle and movement has a point and you can tell there was a lot of thought put into these little details.

Before i get onto all that however, the actual storyline…it follows three robbers, Rocky, Alex and Money. they go around stealing stuff from people who have their keys held with the government, Alex’s dad is in charge of all that and that is how they get in. They decide to go after this one man who is blind and lives alone. Things turn sinister however when it turns out the man is not going to be robbed without a fight and the trio find things in his house that are more disturbing than anyone could’ve ever thought of.

I won’t give too much away but even for me there were moments where I just couldn’t watch.

I was pleasantly surprised by this movie, I thought it’d be good but it was so much better than I expected. as I’ve already touched upon, the cinematography is amazing and the way the story flows is so well thought through. The characters too have all their own little quirks and character development moments so no character is too rigid or bland.

The old man is terrifying and his character perfectly fits into the horror movie genre. The odd thing is you’d think the robbers would be the bad guys because of what they are doing,  but when you see what the old man has hidden in his home, he almost seems deserving of what happens.

One thing I didn’t like was the receptiveness nearer the end. Every few scenes it’d be a cat and mouse chase where they’d get caught, then freed, then caught, then freed again etc. It got a bit underwhelming in the end but the roundoff at the end of the film was a good way to finish the movie. Could I possibly see a sequel in this movie’s future?

I digress. For you to take one thing away from this review I’d say go watch the film. It is gory, it is incredibly messed up but it is also beautifully shot and wonderfully written. This movie will take you on a rollercoaster ride and you won’t want to get off.

What do you think of Don’t Breathe?