I wasn’t sure whether to comment on this or not but I thought it might make an interesting debate. Red Out is a movement the YouTubers under the management Gleam are doing. Basically, Red Out is part of Red Nose Day, a day in the UK where people dress up and sell things and basically raise money for charity, all well wearing the classic ‘red noses’. Red Out is a new tactic where YouTubers are ‘disappearing’ for 24 hours, no social media, no new uploads, nothing. But is it getting the desired effect the management and organisers are hoping for? 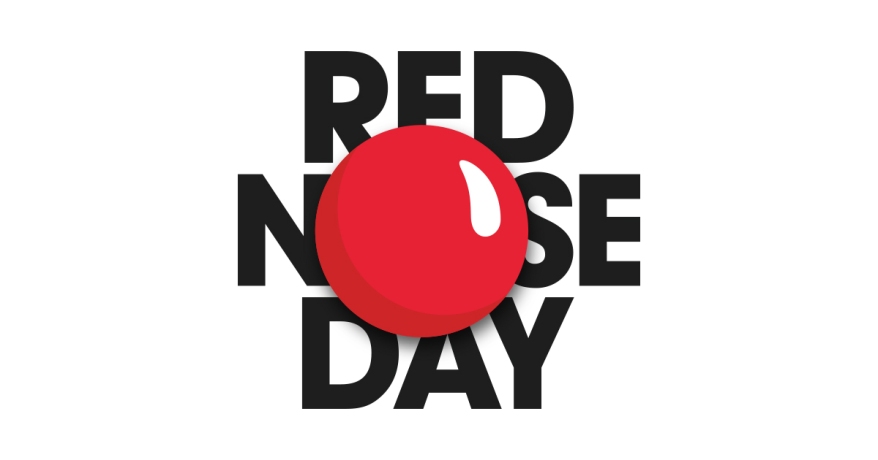 Most of us will know what YouTubers are and who they are. But for those who don’t, YouTubers are people who upload videos to YouTube and make money on it through ads. It’s a new style of job that is very appealing to a younger audience (I mean it’s not like you have to even leave your bedroom and go to an office to do it is it?) so a lot of younger people idolise these ‘normal people’ (that definitely aren’t millionaires or anything…) and aspire to be like them.

YouTubers are influential. You can’t really enter a WH Smiths or Primark without having their newest book or stationary range shoved in your face by an oversized, over-quirky display. But anyway, I digress, Red Out is an idea that has split a lot of people and caused a lot of debate. Some think it’s a great idea, it takes away a part of the audiences’ lives and mirrors the way some people also have basic needs missing from their lives. But then there’s another side to it. Usually, with charities and causes, it’s about speaking up about these things and how you can help, but obviously with the YouTubers disappearing off social media for 24 hours they’re doing the exact opposite.

We’re constantly shown starving children and sad animals on our TV screens and laptops so maybe a different tactic was needed, maybe we as an audience have become desensitised and uncaring to the world around us. 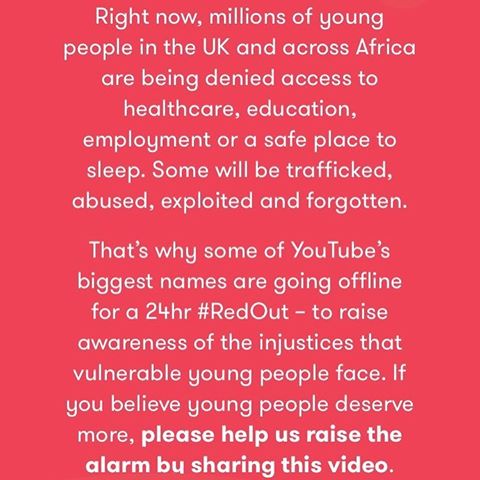 But then there’s my opinion. I see it as these YouTubers only upload videos maybe once or twice a week anyway, so having a blackout for 24 hours really doesn’t make much difference as we only see them on YouTube for half an hour out of our week anyway. Wouldn’t it be better to upload a video explaining what the cause is and why we need to help? Even giving the revenue from a video about the cause to the charity itself and suggesting in that video ways people could help. Wouldn’t that be a much more beneficial use of ours and their time instead of giving them a ‘day off’ for 24 hours?

I know that alongside this they are probably doing other things to help Red Nose Day but seeing as this is the first thing they have done that has been broadcasted it is easy to pass judgement. When there is a cause like this we shouldn’t shy away from it. We should be talking about it and thinking of ways to help, no matter how big or small, because that is all we can do. These issues won’t be sorted in a short time, it takes a lot of hard work and perseverance to change the lives of people around the world and shutting ourselves away as some sort of ‘big statement’ isn’t going to help. Educating, finding ways to help and not letting the issue disappear for another year is the only way we can really do something to make a difference.

As Red Nose Day approaches, don’t shy away from the issues outside, make a difference, smile at a stranger and just do something to make the world a better place no matter how big or small.