Now, I have Googled, and Google tells me that this is a live action remake. I watched the trailer, as did you or will do after reading this review, and I must say in no way does it seem to resemble the original Little Mermaid. This doesn’t mean I am any more or less excited for this movie, it just means that I don’t particularly see it as a remake at all. Maybe just a retelling of the original story. 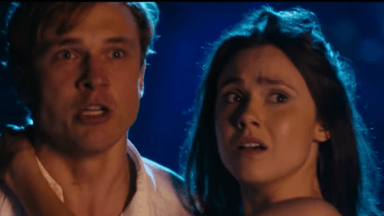 So everyone more or less knows the original story of the Little Mermaid. How she sells her soul to be human and with it loses her voice, goes after a handsome prince whom she loves dearly, and then ‘dies’ because he chooses someone else and she turns into sea foam (oh how lovely). But wait a minute…the main part of the story is her losing her voice? But all the way through this trailer the supposed ‘mermaid’ is talking? Right, let’s get to that.

The trailer shows that the movie is set in the past back before the days of computers or quick transportation. There’s a young girl called Elle who is shown with her reporter uncle (according to IMDB) called Cam (he’s the hot one from The Lion, The Witch and The Wardrobe, throwback there eh?).They head off to the circus, because all good old-timy movies have circuses and they meet a mermaid. Suddenly she can walk and talk (um what?) but it turns out that the circus owner has her soul and she cannot leave the circus without it as it will kill her. Cam and his niece make it their mission to save the mermaid but of course there are obstacles. There are also moments where the niece sees the ‘underwater kingdom’ and has a heart of a mermaid but that’s glazed over for now. Keeping up?

And yes, I did get all that from the trailer.

I may seem a bit sarcastic but that’s because that’s exactly what I’m being. I don’t like the idea of this movie. Maybe I’m getting too old for fairytales but I’ll admit even I got excited over the new Beatuy and the Beast, but there’s differences in these two movies. One follows the original concept, the other just goes off the rails. Even if you look at the original fairytale it was all pretty similar to the Disney movie. This one however seems to be totally different. I wouldn’t mind it if it wasn’t being advertised as a ‘live action remake’ and if it didn’t have the same title as the original Disney version. 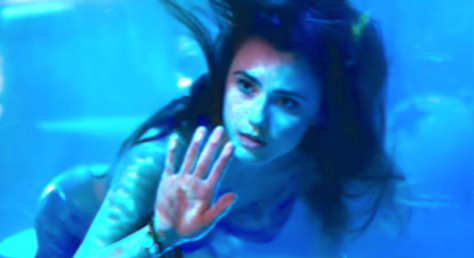 It looks like it could be a good movie, it could have a sweet storyline with the obvious happily ever after ending and the excitement and child-like wonder of a mystical creature. I just think they’re going about it wrong. Remake? I don’t think that’s what this movie is, if it was a stand alone movie maybe it wouldn’t cause as much buzz but at least then it would make some sense. Call it the Circus Mermaid or the Heart of a Mermaid whatever but don’t compare it to Disney, because in my eyes, there is no comparison.

What do you think of the new Little Mermaid?