Fight Club was a movie I put off watching for the longest time. I thought it was literally just about fighting and not much else. How wrong was I? 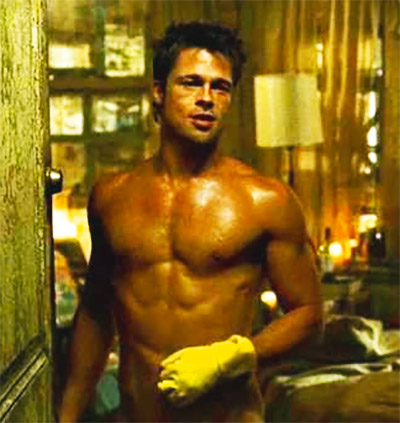 Fight Club stars Brad Pitt back in his yummy days and Edward Norton. Edward Norton plays a guy who we never learn the name of. He suffers with insomnia and gets sent to different groups to try and help him. He soon learns that this does help him and bunny hops from one group to another saying that he has the same issues as the people in the group (even though he doesn’t). This helps until he sees another person, Marla, played by Helena Bonham Carter doing the exact same thing. They quickly seem to dislike each other and plan to never cross paths in help groups again.

One day, he bumps into a man named Tyler (Brad Pitt) who is a soap salesman and they become unlikely friends. One evening, after a drunken night in a bar, they end up fighting in the parking lot and overtime this becomes fight club. Tyler is the head of fight club while Edward Norton’s character takes a backseat role. It is clear Tyler has all the personality and ballsy-ness that Edward just doesn’t have.

Things escalate more and more including Tyler and Marla becoming a ‘thing’ and the whole Fight Club group spiralling out of control that even escalates to murders.  In the end, things aren’t all that they seem and the characters we have grown with throughout this movie may not be who they say they are at all. 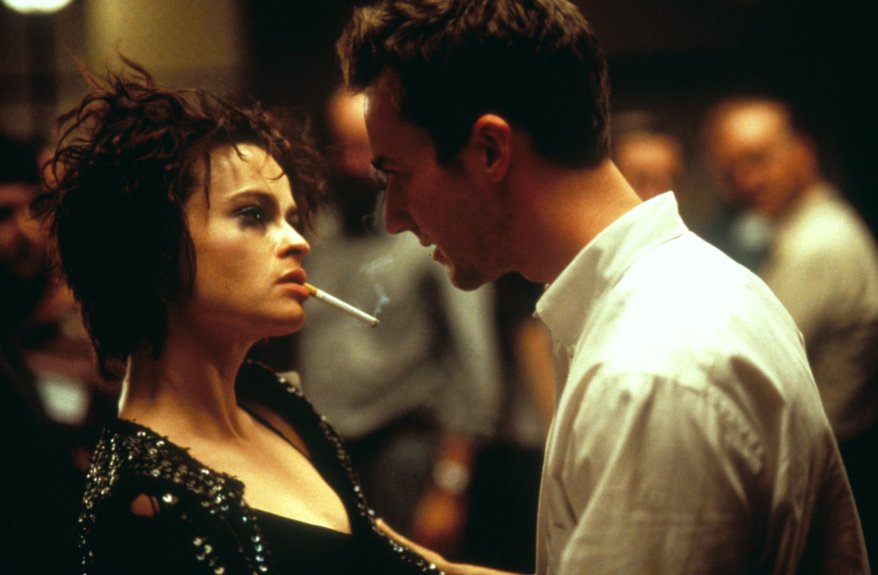 Fight Club is complex and very interesting. It does have fighting in it, obviously but that’s not really the main storyline. The ending presents such a twist that you want to go back and watch the movie again just to see what clues you missed throughout the film. Brad Pitt makes this movie a delight to watch for any woman who loved him from his younger days but the action and the Fight Club element appeals to a male audience too. It’s perfect for anyone.

I wanted to give this movie a miss because it seemed too gritty and raw for me. But after watching it I couldn’t believe how wrong I was. Yes it was gritty but it all had a point and made sense. If you’ve been putting this movie off for a while I definitely recommend a watch because this movie can easily surprise you.

What do you think of Fight Club?