I just finished this series. The series that no one has stopped talking about since it was released on Netflix. All thirteen episodes, all thirteen reasons, for you to digest and come to terms with in your own time. Haven’t seen it? I could say you’re one of the lucky ones, but then again, you may still be in that detached bubble that doesn’t sympathise with others. What I’m saying is watch it, but, make sure you’re prepared to watch it because it is heavy.

Thirteen Reasons Why is thirteen tapes. Well thirteen sides of seven tapes. They are left by a girl called Hannah, Hannah Baker. Hannah killed herself but not before detailing all the things that made her make that decision. These are the thirteen reasons why and each reason is attached to a person from her school, be it a fellow student or a teacher. She documented what these people did to her and the reasons it led to her suicide and then left them to be passed between the people that caused her suicide. These people range from jocks, to outcasts to even her friends. She wants them to know what they did. To stop it happening again? It’s unclear. It’s a suicide note but with a lot more consequences and a lot more meaning.

But we, as an audience don’t follow Hannah, not really. We follow Clay, her friend, a boy who had a crush on her but never revealed his true feelings. It’s Clay’s turn to listen to Hannah’s words and what other people did to her as well as himself. He learns about all the little moments that snowballed and has to relive what he did and what he could’ve done. It’s hard on him and it’s hard on us too.

But we also learn about the others on the tapes and what they’re doing to try and keep themselves safe. Let’s just say not all of them did the nicest things to Hannah and if the secrets got out they would be in a lot of trouble. The tapes also bring up a lot of skeletons people have been hiding away or denying and obviously hearing it come from another person makes the issues at hand all the more real.

But it’s not just the students having issues with these tapes. The parents of Hannah are suing the school for not helping her daughter as they believe she was bullied. While there is a pact to keep other people on the tapes safe is it really worth lying to the cops about? These people inadvertently killed a young girl and surely her resting in peace is better then them living a lie?

But, in the end, questions are left unanswered. Things happen that aren’t completely explained and the fate of these young people are left hanging. Like life, the series carries on but we do not get to see it. Will there be a season 2? A lot of people are unsure whether that should even be an option with how heavy this series was but, in my opinion, this series was so important. 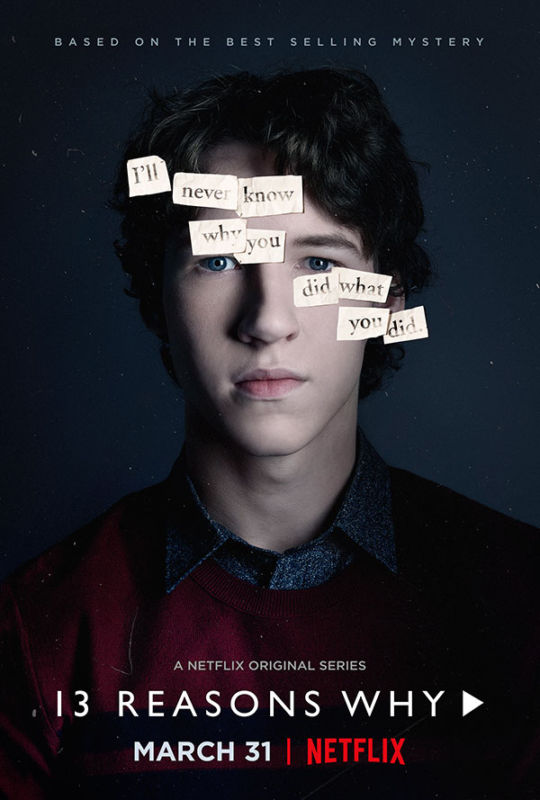 Everything affects everything. The slightest mean word or gossip could really hurt someone and this show proves that even the tiniest things can set off a chain of events that can change a person’s life forever. Even if you may not have felt this way I’m sure people around you have and one day you could be the cause of someone doing something irreversible. The series wants to show us this. It wants to show that we should care for each other and be there for one another instead of tearing each other apart. Of course, being out of school this can be easier. There aren’t as many cliques outside of school (from my experience anyway) and you don’t have to spend time with people you don’t like if you don’t want to. But, if you’re in school or uni or a place where you have to deal with the worst kinds of people, be there for each other, stand up for each other and don’t lose hope. Hannah didn’t make it, Hannah saw no other way out but if someone was there for her just for an afternoon or five minutes they could have changed her mind. They could have shown her that it doesn’t have to end like this. In the course of our lives that bully is a drop in the ocean and one day you will be so much stronger and so much better and you won’t even think about them anymore.

But Hannah’s not real. But your friends are. Your siblings, your family, they’re real and they could be sinking and you don’t even see it. There’s a lot of controversy around this show but all that really matters from it, all you should really take from it is make sure you’re there for others. Because you don’t know what it could take to save someone. Even just a smile could be enough.

Watch this series, learn from this series and think of others. You don’t know how much power you have in changing another person’s life.