I wrote a review on Thirteen Reasons Why recently. A thirteen-part series on Netflix about a girl called Hannah who committed suicide and the reasons why she did it. Usually that’s all I do, I write a review and I move on, but this series was different and it wasn’t until I checked the hashtag on Twitter that it really hit me.

In the end of the series, in one of the final moments, it turns out that Alex has shot himself in the head, in what looks like an ‘attempted suicide’. Of course this is not confirmed and there are little hints that maybe it was someone else who could’ve shot him but as far as we know and the characters know, he shot himself.

Now, this was the tweet I saw that really messed me up: 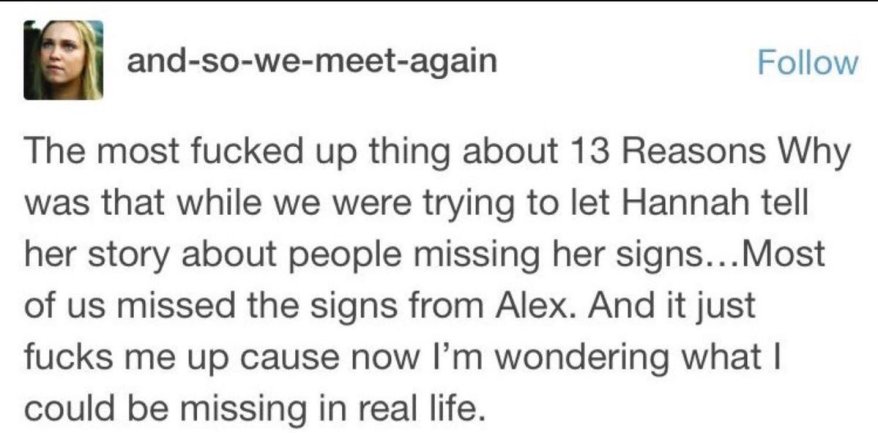 All through this, as the person says above, the characters miss the signs for Hannah. They miss the chance to save her but, along the way, honestly did any of us notice the signs with Alex?

Suicide is a hard thing to talk about but I think it can be just as hard to notice too. All the signs were there, Alex fell into the pool early on in the series and nearly drowns himself, he complains of stomach pains from the amount of stress he is going through, he becomes disconnected and quiet when with his friends or people he hangs out with. He even looks dishevelled and tired all the time. Alex clearly needed help or someone to just be there to let him know he has someone to talk to but no one was there. They were too wrapped up in their own issues and even us, the audience were too wrapped up in Hannah’s story to notice anyone else’s. 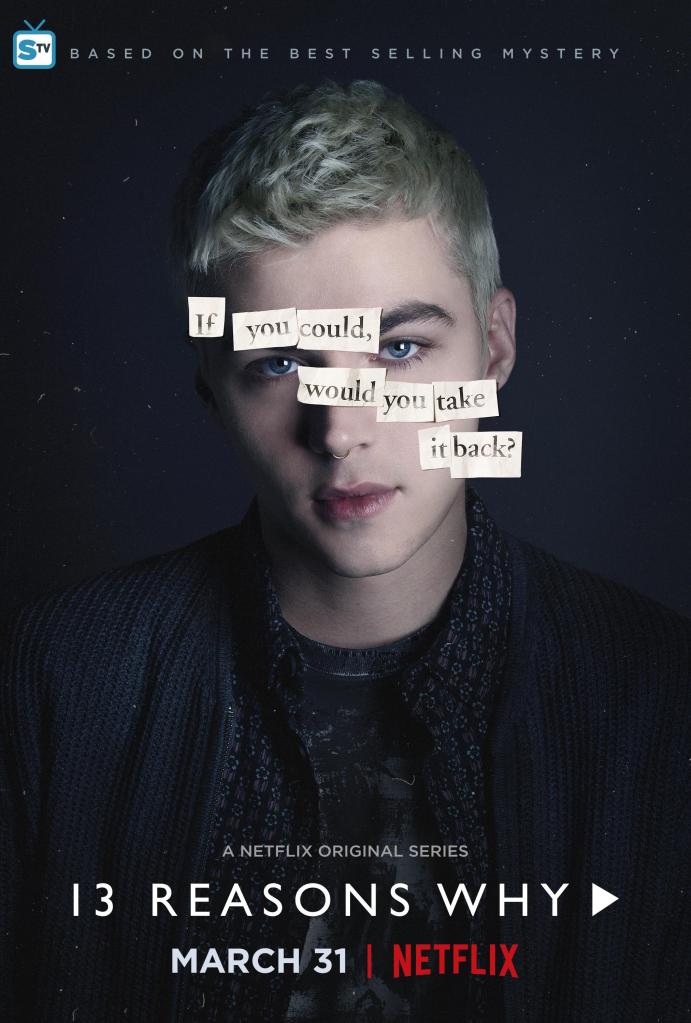 You may think: ‘oh no, I noticed the warning signs’ but tell me were you not shocked at the ending? That’s how you know you missed something, because if you knew the warning signs were there you would’ve expected it. It would still be shocking of course but you would have known. And just like the characters in the show, you were just a bystander who didn’t do anything. Of course we can’t do anything, we’re watchers from the outside, but with the amount of social commentary this show gives us we should be able to implement it in real life. Like Alex, if you see someone looking sad or dishevelled or just disconnected go talk to them. Smile at them. Offer them a piece of chocolate from your lunch. Offer them an act of kindness. The smallest gestures can change someone’s life, why wait for someone else to do them?

Don’t let the people around you become like Alex.