The Hatred was a trailer that I saw pop up on my newsfeed so I had to check it out because horror is my favourite genre. This movie though? Meh.

The Hatred seems to play on that old tale that surfaced online, probably on creepy pasta. The tale is that a child is sat on their bed and say there’s a monster under the bed, when the adult checks they find another version of the child there who says there’s a monster on the bed, basically it’s one of those you think one thing is this but really it’s that.

This movie seems to be a paranormal story in a house where a teenager and a little girl are staying and their parents are away. A terrifying ghost/demon sort of creature haunts the house and begins haunting them doing the old demon cliches like throwing things and screaming and having a creepy face. 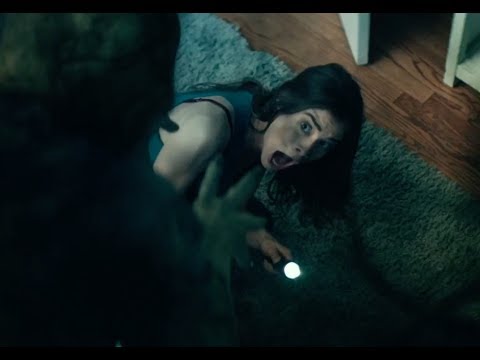 I wasn’t sure on the acting, especially of the teenager, as it seemed a bit wooden and simple. I can imagine this movie would be like all the other horror movies that have surfaced recently where it has a good idea but bad acting and bad storytelling. They’re very predictable and it’s a shame when good horror movies can be made (mainly talking about Get Out as a recent example). Cast your mind back to Ouija, a good concept (if overdone, but clearly that’s not an issue as the sequel showed) but bad direction.

It’s a shame really, but that can happen, I know some of my uni projects looked a lot better on paper. But then I may be surprised. It is only the trailer after all.

Do you think this’ll just be a quick cash-in horror or does it have potential?