So we all know that Westworld season one was ah-mazing so when the trailer for season 2 was released I had to watch it immediately, and damn, they are pulling out all the stops with this one!

Season one had a lot of twists and turns and I can imagine season two will be just the same, from seeing Delores shooting what could be other robot characters on horseback, to the Man in Black still being alive and Maeve out of the simulation and seemingly going through the other worlds killing people. There’s a lot of blood shed and a lot of drama.

I am extremely excited for this season mainly to see where they go from where they left off. It was quite the cliffhanger so seeing what happens to our favourite characters will be a delight. I hope it’s just as good as the first season but it does have some huge boots to fill. 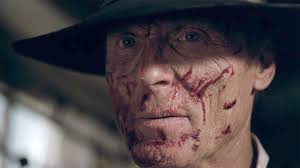 So I will say: If you haven’t watched it please do because this show really deserves everyones attention. It brings so much to the table and keeps you on your toes episode after episode you could easily end up binge watching the whole thing over a couple of days. From brilliant actors to a brilliant storyline and just wonderful settings you’ll be hooked in no time.

What do you think of Westworld?