Well the series has just finished but it’s never too early to start thinking about the Christmas special! It is one of my highlights on the day after all (after the Christmas dinner of course). 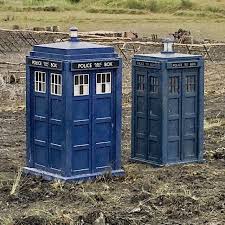 This Christmas special features not one but two doctors! We go right back to the start with the first Doctor meeting the Doctor we know now as they are stuck in a moment in time and need time to start up again. They work together to solve this and include the old and new TARDIS as well as some old companions, including Bill’s return.

This episode looks more fun than others we have seen before. The trailer doesn’t give lots  away so it has definitely peaked my interest.

I do feel in some ways the writers of the show are adding in the original Doctor to try and entice a whole range of ages to the show seeing as it has been going downhill for me recently. Maybe a jolt in older and younger audiences who can relate to either one of the Doctors may mean better ratings. Does this mean a better show though? That’s to be discovered.

One thing that really annoys me, and it’s probably just me being petty, is Mark Gatiss. Mark Gatiss seems to have to be in everything these days (well, the stuff he works on behind the scenes anyway). Just because you write for the show doesn’t mean you have to be in it! Yes he’s pretty good as Mycroft Holmes but don’t you do enough anyway besides the acting? I’m getting a bit sick of seeing his name in the credits more than once.

I hope Capaldi’s time as the Doctor ends on a high and we can go into the new female Doctor with excited eyes for what is to come. Capaldi is a fantastic actor he deserves a brilliant send off, but I am also intrigued as to what will happen with Bill too. Will she stay with this new Doctor? Who knows.

Are you excited for the Christmas special?