Out of the four movies, this one was definitely the best. I read the books after seeing the first Hunger Games movie and this is so close to the book it’s a really enjoyable watch. 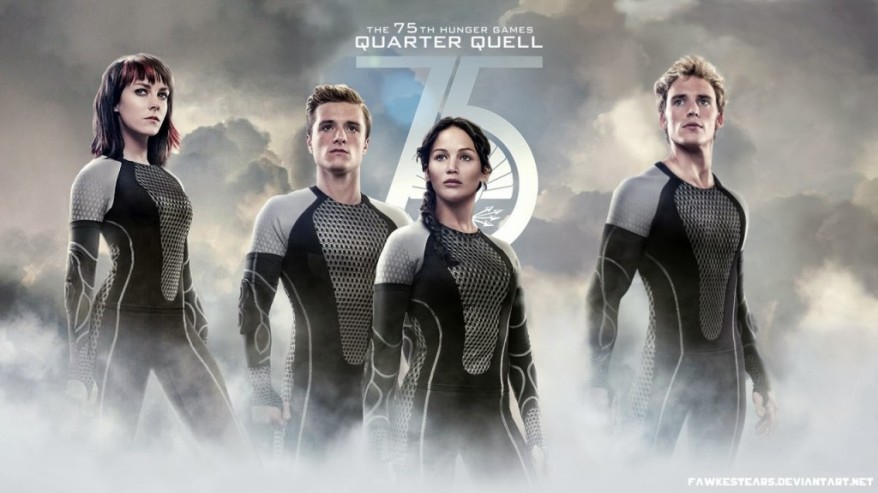 Katniss is back! (in the arena) Even though herself and Peeta won the last Hunger Games because this is the 75th game (and the capital want to rid the world of Katniss once and for all) they bring back the former victors of the different districts. They’ve fought before so they know their tricks and how to survive and win. Katniss and Peeta are thrown back in but the capital makes sure to mess with their minds including killing Katniss’ friends and alienating her from the group. There’s also a storyline that she’s pregnant that just gets thrown in for popularity which I hate.

This Hunger Games is based around a clock and every time an hour passes that area of the map gets triggered and causes things that could easily kill the contestants. They fight through it however and create alliances when Katniss finds out that they have all been working for her and helping her escape. In the end there’s a big Home Alone moment where contraptions are made and people come to help Katniss and the rest escape. Peeta is kidnapped by the capitol and Katniss finds out they’ve nuked district 12, it’s all fun and games really.

Although this movie drags quite a bit it is definitely my favourite out of the four. It follows the book closely which is enjoyable, has great actors and characters and looks good. This movie is heavy on the CGI so getting that perfect is a main priority.

I hate however the love triangle between Gale, Peeta and Katniss. It feels so forced in the movie especially as it wasn’t properly established in the first one. I wish they spent more time building Katniss and her problems around her instead of grossing the audience out with scary monkeys and a fog that burns your skin off.

Of course, the issue with this movie is if you don’t watch the original you won’t really know what is going on. It’s a catch 22 really. I mean, if you’ve already seen all the movies go back and watch this one to your hearts content but if you haven’t….go see the others too. Just for some context.

What did you think of Catching Fire?