After last season’s horrific storyline this season has definitely started on a high…even if I do hate the characters, but is that the point? 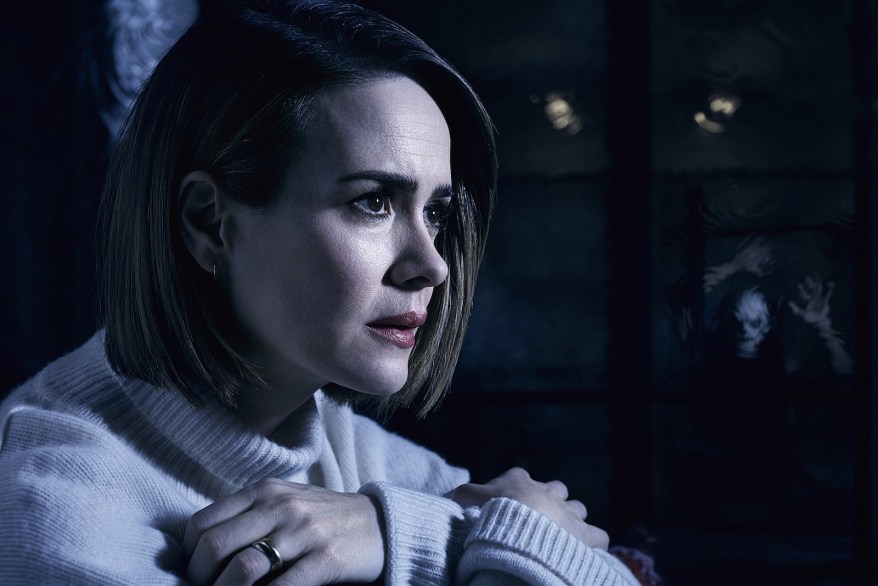 AHS Cult begins with Trump becoming president and showing two different reactions to this news, from Evan Peter’s character, Kai, revelling in the news and literally humping his TV with delight to Sarah Paulson’s character, Ally, breaking down and having to attend therapy to deal with the news as her phobias start to come back. But both characters have different backgrounds and have their reasons for their reactions. Ally is a married lesbian with a 10 year old son who has a large amount of anxiety and a lot of phobias including clowns. Kai is a loner with long blue hair and is described as a ‘4chan man’. These two definitely represent the people out in America who are for and against Trump but in extreme terms.

It sounds awful but I did find Ally incredibly annoying and act as a ‘snowflake’ as people call it these days. I found the advice her councillor gave her was the best she could have gotten i.e. ignore what people are saying and delete social media but of course she doesn’t listen. She then gets annoyed at her friends and family who won’t help her with these hallucinations she’s having of clowns and has a huge go at them even though she isn’t helping herself. How are you meant to help people when they won’t take your advice? I hate people like that so find it very annoying to watch Ally.

But then there’s Kai, he’s equally as annoying. He recruits his sister into a sort of cult ideal even though she was against Trump, I don’t really get that at the moment. It may be one of those ‘I’m lonely and need a friend’ and latches onto whatever comes. But she becomes babysitter to Ally and her wife when clowns start to terrorise their neighbourhood. She also starts brainwashing Ally’s son by showing him dark images and videos of people being murdered. This is all quite vague still, as it will be, but it seems this is how the cult begins. They slowly recruit members by scaring them into trusting them and thinking they’re right. 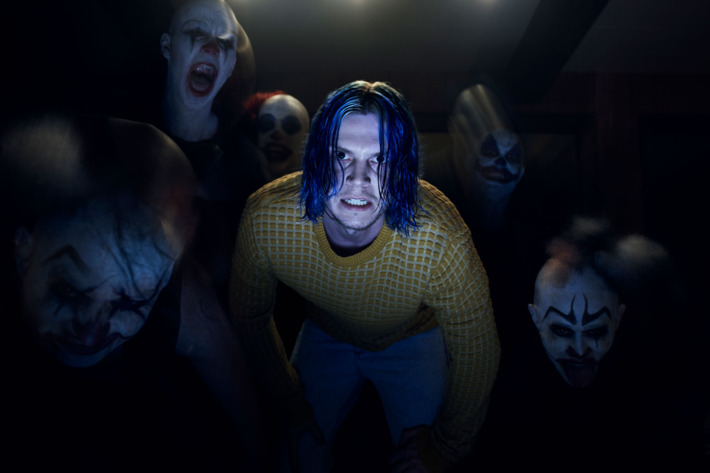 I can see the cult elements seeping through now which is definitely something I didn’t get from the trailer. I am excited to see where this season goes as, even though the characters are the most annoying in the world, there is a potential storyline here and the clown killers definitely make up for it. The element of not knowing if anything we’re seeing is real or not too is incredibly interesting and I think a lot of areas could be explored here.

The one thing I don’t get however is why are all the hallucinations of clowns having some form of sex? Is it just to make the scene more awkward to watch? Because it works.

Are you excited for the future of AHS Cult?