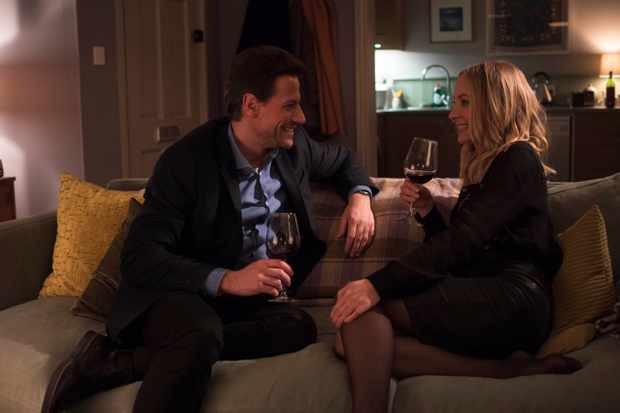 Liar is a TV series on ITV that follows two people who sleep together one night on their first date. The woman, Laura believes the man, Andrew has raped her but has a hard time remembering what happened in the evening. Andrew denies this ever happened and said that everything that happened that night was consensual. One of them is lying and slowly throughout the episodes more and more is revealed from that night over what really happened.

Looking back on the first episode of course that night happens and Laura moves back in with her sister and family. Her sister has been secretly having an affair with Laura’s ex-boyfriend who she had been with for many years. Laura doesn’t know this. We as the audience mainly follow Laura in the episodes as she slanders Andrew online, gets him arrested and starts pushing people away who do not believe her entirely.

But should we believe her? Rape is a horrific ordeal but so is being falsely accused of it. As the audience we get to see both sides of the argument without knowing who is in the right. The main issue I have is Laura’s actions. She blasts Andrew online saying he’s a rapist and a liar then in the second episode breaks into his house and falsely accuses him of drugs! I mean anyone could be right, it could turn out that she was in fact raped but with her not knowing completely what happened that night and the audience not knowing either it’s hard to believe either side.

I think whatever the outcome I will be shocked either way as we get to know both the characters on such a personal level. Laura seems like a sweet, naive person while Andrew is incredibly charming and cares for his teenage son as a single parent. It would be devastating to know that either of them could be liars as that character would instantly lose the trust of the audience too.

I’m excited to see the series pan out and see where it goes. All we know for a fact is one of these people are lying and it’ll be very interesting to see who it is. As well as all the smaller storylines too the whole show is a very exciting watch and something that’ll reel you in immediately. If you haven’t started watching this show I recommend you do and watch along with me and see who really is the liar.

Who do you think is lying?