I’ve seen this floating about on twitter for a couple of days and thought I’d throw my thoughts into the mix especially as it is about Youtubers and they are the celebrities of the internet after all. 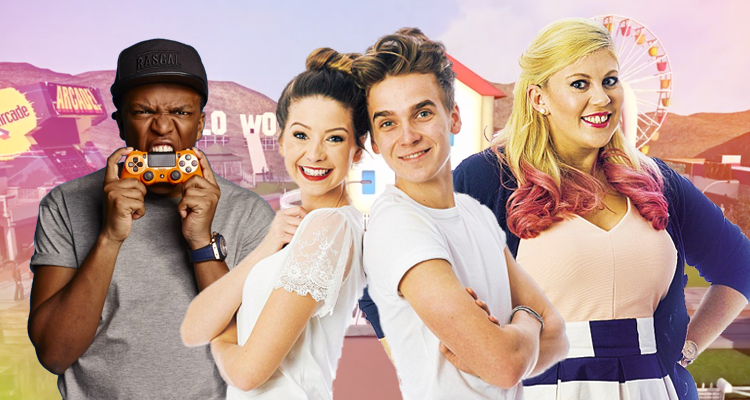 If you don’t know HelloWorld is an immersive experience where you can meet youtubers and be part of the action – for a fee of between £30 to extortionate VIP tickets. But this is just for entry. Then there’s all the merch etc. that they’re shoving down your throats too.

The biggest issue I’ve noticed with this event is the organisation. People supposedly getting trampled, an unsafe space for kids and just a whole claustrophobic feeling. You have to remember as well most of these kids are under 16 and they’ll be way too overly excited to see their favourite people so a lot of pushing and shoving can be expected.

But I get it. A lot of first time events have issues that need to be smoothed out later on. That’s not my issue. My issue is the youtubers, mainly Pointlessblog, have been blaming the fans instead of taking control of the situation and apologising. From his tweets it seems he thinks everyone’s complaining about the lack of getting to meet the youtubers when it doesn’t seem to be about that at all. Rather the bad organisation of the event and the sheer madness of it all.

I’m sure 99% of the fans knew it wasn’t a meet and greet but when it says on your ticket you’ll meet people and then you don’t get to or it’s meant to be an immersive experience but in reality they’re stood at the back of a huge, overcrowded room it doesn’t really ring true. Do they even know what immersive means?

People are finally realising that youtubers are mainly in it for the money and don’t really care about their fans. It seems it was even too hard for Alfie to even smile in the pictures! These people are becoming delusional and greedy and they need to remember who put them on their pedestals in the first place.

You’d hope people would realise and stop shovelling money into their pockets but that’s never going to happen is it? And it’s sad. Kids choose to idolise these money hungry people instead of people who deserve the attention, doctors, musicians, actors etc. Not people who upload a poxy 10 minute video from their bedroom once a week (if they can be bothered).

What do you think of HelloWorld?