I think the craziest thing about Black Mirror Season Three was I could see myself in the episodes and when that happens you do have to ask, do I need to change and am I part of the problem? 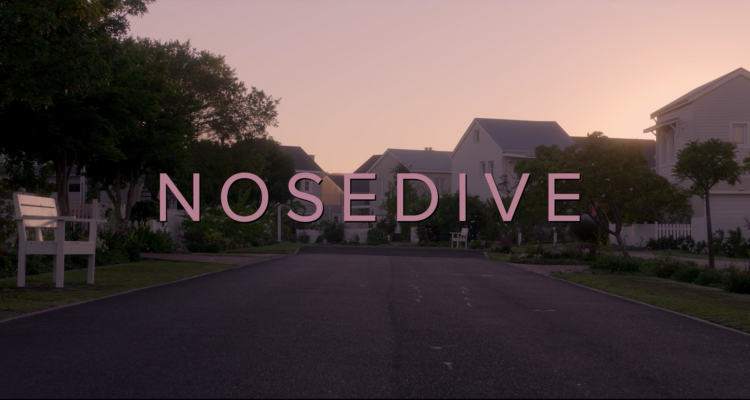 The first episode was probably the one I saw myself most in. People would rate each other through social media and the more stars you have the better you look and can get better things. One woman is obsessed with this and wants to be the best in order to get the best house, the best friends, everything. But her world comes tumbling down as her stars do and maybe life isn’t all about what other people think of you.

I adored this episode as it is a perfect mirror of socialmedia. Yes maybe it doesn’t completely mean your Twitter followers will give you the best life but it does give you a sense of gratification and importance when you see people liking and sharing your stuff. I think everyone needs a good internet detox now and again.

This episode was terrifying! A man who is travelling runs out of money and decides to put himself into experiments where he is part of a virtual reality video game. Things go terribly wrong because, well of course they do, it’s Black Mirror.

This episode was a bit hard to grasp but was very interesting none-the-less. Looking into a man’s fears and what the future of video gamescould be were all very interesting. It wasn’t my favourite nor the most memorable was definitely still a good episode to watch.

Shut Up and Dance 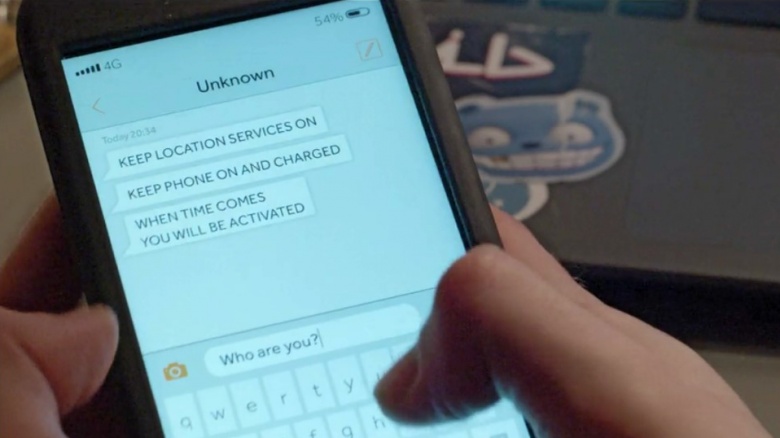 This episode was absolutely fantastic! Kenny, a young boy, has his computer hacked and the hackers get hold of his laptop camera and film him doing some naughty things lets say. They then use this to blackmail him into doing things for them including robbing a bank and fighting to the death all so his dirty secret isn’t exposed.

At the start you think ‘oh it’s just a bit of a prank’ then things get darker and darker until the ending where it literally left me with my mouth open! It is such a hard-hitting episode and definitely makes me question the things I do in front of my laptop now. You never know who could be watching. The story in this episode is great and the ending is fantastic it is definitely one I could watch again and again.

This is an absolutely beautiful episode where two women meet in a simulator where people can go when they die. Obviously these two women are still alive and form a relationship in the simulator before deciding to meet in real life. The question is though: do they both really want to live for eternity after their deaths in this world?

This is the computer version of heaven basically and I think it’s wonderful. It gives people the knowledge that even after they die they will be safe and happy and can be with their loved ones once more. I absolutely adore this episode and even though I found it strange to begin with the ride we go on with these characters is amazing and the ending is truly worth it. These sorts of episodes are what Black Mirror is all about.

This episode terrified me. Soldiers are hunting down these beings called ‘roaches’ which are kind of like zombie humans and have to eradicate them. But what they don’t know is that these roaches are just normal people that are warped when they sign up to be a soldier. They see a reality that isn’t true and while they think they are fighting monsters they are really just killing normal men, women and children just like themselves.

It is incredibly hard hitting and sad and makes you wonder if this could ever be a thing. It reminded me of World War Two and Hitler’s hatred of the Jewish community and how people saw them as monsters too because they were brainwashed by the horrible leader. This could very well happen though and one day we could be the ones being killed by someone who sees us as nothing but scum that deserve to be killed.

Hated in the Nation

This was fantastic. Robot bees are now being used because we as a human race have basically eradicated all bees. Obviously the world would be in ruin so scientists have created AI bees to move the pollen about. But these bees can be hacked and a group of people are using them to kill. Going by a hashtag where people jokingly nominate someone to die. Say whenever you tweeted that Katie Hopkins was a terrible person or even Trump, at the end of the day whoever’s name has the most tweets will be killed, for real.

It’s an incredibly dark storyline and shows the worst side of technology and social media.  The ending however will really get you and I can’t think of a better finale to the season. I will not spoil it for you but it is chilling.

Looking back I honestly do believe this season was my favourite. Each episode had little moments of brilliance and all had wonderful stories. I can say hand on heart there isn’t an episode I’d skip or not re-watch.

If you’re looking for the best of Black Mirror. Check out season three.

What did you think?