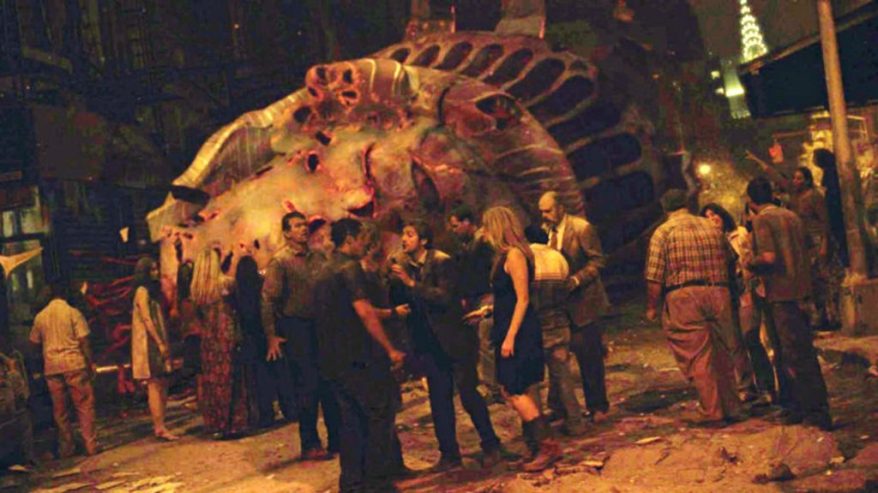 Cloverfield is a found footage style movie about a group of friends who are celebrating one of them getting a new job in Japan. During the night however giant monsters take over New York and are able to split into smaller monsters that kill people. The group must find a way to escape while being picked off one by one.

This movie is good, don’t get me wrong, but it didn’t have the horror factor I was hoping for. The whole thing, as it was filmed, was very believable and gave me 21st century War of the World vibes. What I think it fell short on however was the scares. There was gore, great, but there were so many moments where things could’ve been scary and just weren’t. One scene was in the subway where the group are being followed by the smaller monsters and only realise after they turn on night vision. This could’ve been a brilliant, terrifying moment but instead felt more like it was supposed to be tense rather than scary. Tense it was not and it did not make me want to scream at my laptop for the protagonists to run away.

The things I did love about this movie was the realism. It was all basically in real time which was a very interesting watch and the way the characters moved about the movie and their goals were very believable. The ending as well, not to give it away, felt right and like something that would’ve really happened in this situation. Not the old the army saves the day in the ending again.

I see why this movie is so popular but compared to other utterly terrifying (and sometimes terrible) found footage movies I found it fell a bit flat. And the motion sickness I got from this movie was horrific! I can’t imagine what watching it in the cinema would’ve been like.

Give this one a go, it is a very interesting story, very realistic and does make you invest in the characters. Just get a sick bag ready just in case!

What did you think of Cloverfield?