Wow. This movie definitely surprised me. It’s very different but very fun and I would definitely recommend it. Just be wary if you have a babysitter yourself! 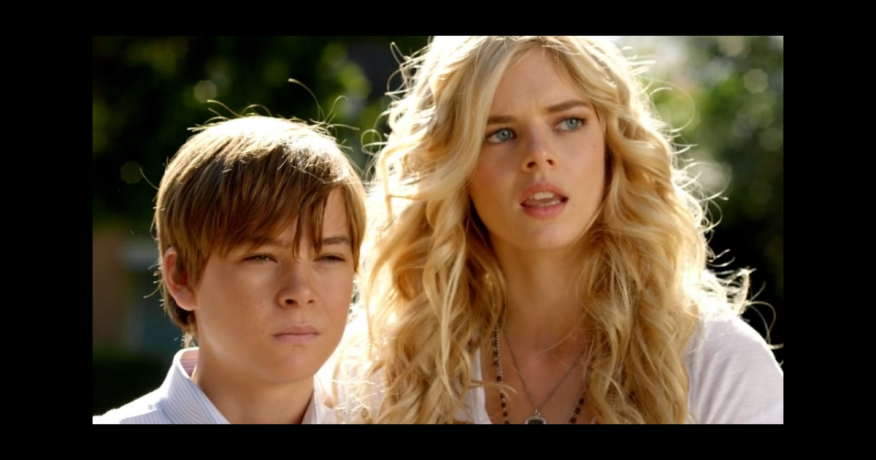 The Babysitter is surprisingly about a babysitter who looks after a young boy called Cole. He always goes to bed early but his crush has told him to stay up and see what his babysitter, a really hot girl called Bee, actually gets up to.

It turns out she invites friends over and plays a good old bit of spin the bottle, cute right? Until one of them is sacrificed in the name of Satan. Didn’t see that one coming huh? For Bee to get all she’s ever dreamed of she needs to sacrifice someone to the devil and then use Cole’s innocent blood (which she normally drugs him with sleeping pills to be able to take it from him) to complete the ritual. Cole sees this and freaks out, Bee realises he knows and she and her friends have to kill him.

I mean, it’s the only logical thing for it right?

Hilarity ensues as Cole evades death with many brilliant Home Alone style traps and his wannabe killers track him down, and at one point, even help him defeat a bully, weird right? It’s a very funny movie with a lot of hidden gems and a few twists and turns.

The ending was a bit weird though. Yes I know it was full of satanic rituals and explosions and a lot of blood but that part just seemed too unbelievable to me.

And I did almost wish that something would happen to Bee when all her little spells and stuff went wrong. What if it was her ridiculous good looks (which I’m guessing it was) that she got from Satan? What if they started melting away? Would’ve made for a very interesting and gorey plot twist.

But alas, no twist like that. Instead good old American humour and plenty of gore to be had. I really enjoyed this movie and would definitely recommend it to friends. It’s something a bit different and definitely something I think a lot of people would enjoy.

What did you think of The Babysitter?