Ok, here’s the thing…Riverdale season 1 was so good! It had lots of twists and turns and a storyline you could really follow. And, although it was a bit over the top, everything was pretty believable.

Then it came to season 2, and, well, everything kind of fell apart. 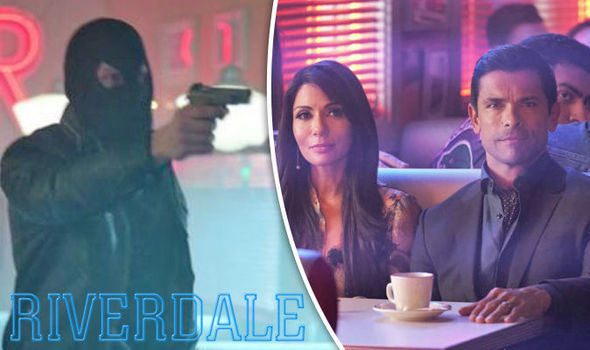 At the beginning of season 2 it seems the big storyline here is the Black Hood and how he is going round killing people who are connected to the main characters. But then halfway through the season a random janitor guy gets chucked into the mix and we, as audience members, are supposed to believe he is the Black Hood. You don’t need to study film and TV to see why that is wrong.

1. He’s just some randomer that has no connection to anything or anyone and is just thrown into the show for no reason other then to ‘tie up the loose ends of the Black Hood’

2. And practically the minute we meet him he’s killed off. And that’s that. What’s the point?

But then, obviously, it turns out he wasn’t the Black Hood and someone very close to the main characters actually is and their reason for doing what they did was because they have a darkness and people who are sinners should be punished for their sins.

And don’t even get me started on the musical episode… 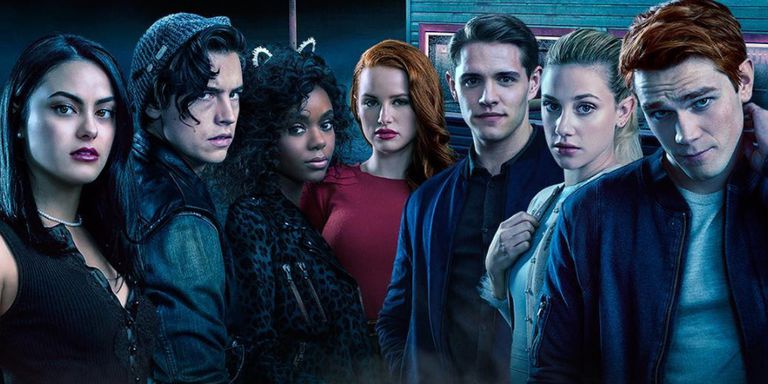 Season 1 was very entertaining and mainly had the one storyline of Jason and his death and Betty’s sister’s pregnancy. Apart from that everything is pretty forgettable but, with season 2, there were so many storylines you had to think about. It was ridiculously hard to follow anything. It seemed like the producers knew they had to up the ante and much like they did in Pretty Little Liars they went from 0 to 100 real quick. I like a good murder mystery sure but when you’re throwing in red herrings and false flags to try and keep the audience interested and on their toes why don’t you spend that time adding more character development to things we actually care about instead? Because it didn’t work anyway. No one believed the random janitor was the Black Hood and if they did they were really disappointed.

I feel Riverdale has already hit that wall of being a hit show and trying to keep people interested but not doing a very good job of it. Often season 2 is never as good as season 1 but it doesn’t go downhill this quick. I hope they can salvage it as the show and the characters are very interesting, just the Black Hood and the Lodges and Chick and all this that and the other was too much. You could easily have two seasons worth of stuff there but no, they had to cram it all in to keep the punters interested!

Riverdale is a good show, I recommend it of course, but I hope if there is a season 3 they are able to pull something better together because this one to me was an utter mess.

What did you think of season 2?