This is a hard one. Thirteen Reasons Why is an incredibly difficult watch and tackles a lot of horrific issues. Of course it is important to bring these issues to light and for people who are suffering in silence to know that it’s ok and you can talk to others and they will be there for you. But on the other hand; is it too much? I’m a 22 year old girl and I enjoy a good bloody, over the top horror, but even I found this a very difficult watch.

Is this really the best thing for people going through these problems? 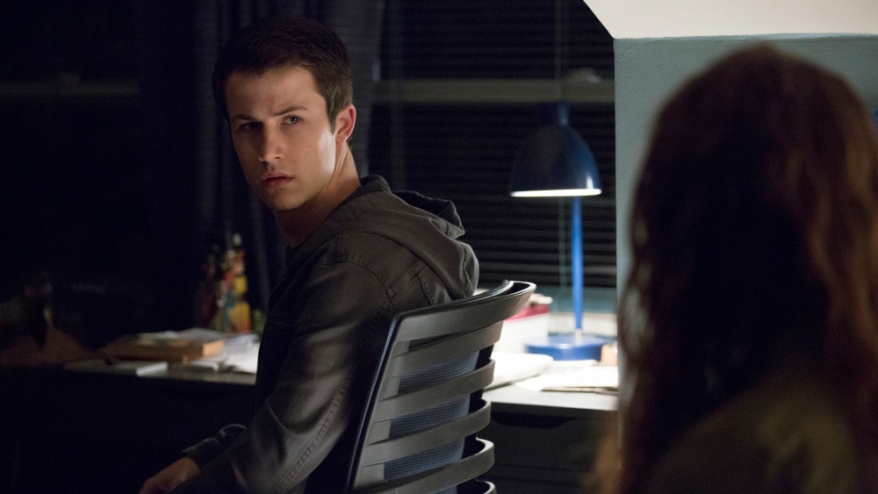 Thirteen Reasons Why continues into its second season after Hannah’s death and the truth has come out on the tapes about Bryce and everyone else. Hannah’s parents are suing the school for not doing enough to help their daughter and are getting her friends to testify against the school. Alex has survived his suicide attempt and is coming to terms with what he did and what happened and Tyler is still, well, Tyler and is being bullied for, well, being Tyler. As the students testify, more and more secrets about Hannah come out including her ‘friends with benefits’ relationship with Zach and how she spent time with Bryce on her own accord and not just in the sexual assault moments we saw in the first season.

As in the first season we again follow Clay as the ‘main’ character and honestly I couldn’t stand him. He had romanticized Hannah into something she wasn’t and when the truth came out about her he couldn’t handle it. He began lashing out in anger and annoyance that the girl he once knew and loved wasn’t who he thought she was at all. But what’s wrong with her sleeping with Zach? She wanted to and she really liked him. Just because it wasn’t Clay it wasn’t right. Oh I haven’t slept with anyone so now she has she’s gone down in my books. I can no longer have her on this pedestal. It’s actually pretty disgusting and very possessive. How anyone can see him as a good guy is beyond me.

But my main issue with this show is that it over-dramatizes everything! From the rape scenes to the weird polaroid clues being left for the group on the tapes to the final attempted school shooting scene it was all too much! The issue with this is yes, it’s a show at the end of the day and has to be entertaining, but it isn’t an accurate representation and teenagers watching this, who the show is aimed at by the way, would soon be thrown into a world that is complete make believe. No, when a dirty picture of you is shown to someone it doesn’t get spread around the school, that’s not how it works! Not everyone is connected to everyone else. It’s a complete mess with a lot of things wrong with it.

And some of the scenes even I found hard to watch. Thinking back to 16 year old me she would never have been able to handle it, and even now, thinking back to those moments it gives me goosebumps with how horrific the whole thing is. 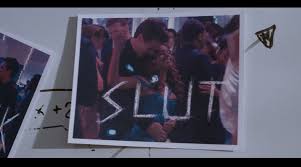 Bringing it back to classic horror like Psycho. They would never show you the gore or the killing or anything but rather implement it in your mind so you believe you saw more than you ever did. The power of suggestion is a huge thing and with this show there was none of that. Everything had to be laid bare on the table and it was very hard and very upsetting to watch. There’s such a thing called tact and I believe when you’re dealing with impressionable teenagers you need to use more tact. We all know that kid is being sexually assaulted but do we really need to see the blood and the pain on his face? Wouldn’t the bullies reaching for the object to assault him with be enough of an indication that something dreadful is happening? And then showing the boy in a distressed state. I couldn’t handle that scene, I’m going to go more into that scene another day, but if me an adult couldn’t handle it and I’ve watched movies countless times like The Last House on the Left and I Spit on Your Grave I can’t imagine what the kids who watch this, who haven’t seen horrors like this before are going through.

And do you think they’re turning to their parents? I know I wouldn’t have. And do parents even know about this show in the first place? It’s not marketed towards them so I doubt it. These kids watching this show could easily be scarred by what is shown and then feel like there’s no one to turn to about it. How do you even explain a thing like that? It’s terrifying to think these kids are walking around now with those scenes replaying again and again in their heads and it’s tormenting them and they have no one, they think anyway, to turn to. I know I couldn’t handle it, and no quick trigger warning at the beginning of the episode or helpline at the end is going to prepare anyone for what is shown on screen.

I understand the show’s point. We need to talk about these things to help the people going through them and to let them know they’re not alone. That there are others going through the same issues and if we work together and listen to one another we can help them. But I feel it’s gone about doing this in the wrong way. Take away the graphic images, take away the over the top storylines and leave us with the raw truth. That people go through these problems and more people should be there for them. But also, the people with the issues should speak up and not be afraid, don’t let your fears control you, because one day you’ll be out of high school and things will be better.

They will be. They always are.

And the world will be a better place.

In my opinion, if you’re going to watch this show please do your research beforehand. It’s very heavy and you may not be truly prepared for what it’s going to subject you to.

What did you think of Thirteen Reasons Why season 2?