The second episode of the Hot Girls Wanted: Turned On documentary series. Find my review of the first episode here. 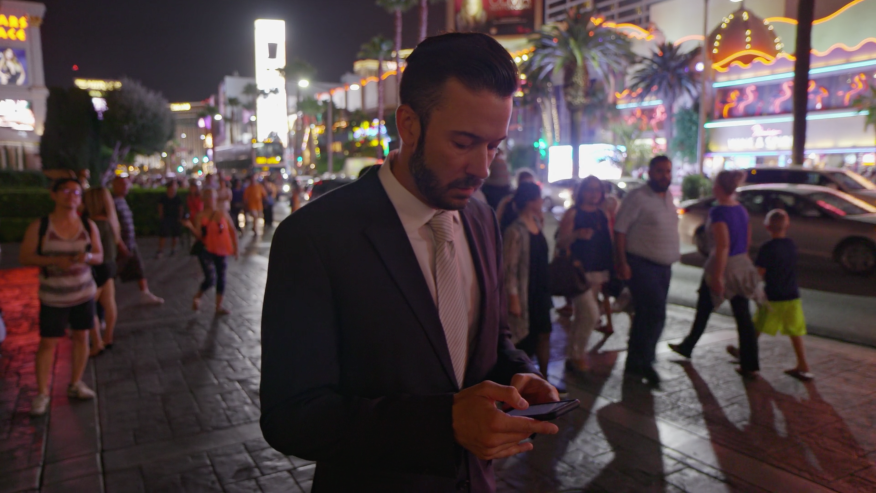 Love Me Tinder looks more into online relationships and what these apps are doing to love and young people. The main guy we follow, James, is a 40 year old man who likes finding girls on the apps that are nearly half his age. He dates them for a while, gets what he wants, then ghosts – a term basically meaning he’s dropped off the face of the earth and doesn’t have the decency to end anything with anyone. This means his past relationships where they thought they got on incredibly well have just been left and it’s a constant thought in their minds of ‘why wasn’t I good enough?’.

I am currently single, and have used Tinder and I am currently using Bumble, why? To be honest I can’t tell you. I miss the connection and companionship but at the same time my life is too busy for a relationship and I can’t be asked with the hassle.

In the episode it is said that some people find it hard to find someone to love on these apps because there’s so much choice. Before where someone may have an imperfection that you are able to get over and be with them instead you unmatch or swipe left as you know there’s plenty of other guys waiting to be picked and maybe they’ll be a better fit. It’s the whole ‘the grass is greener on the other side’ mentality.

Before people would meet through friends or through a chance encounter and strike up a relationship. Now people have to sell themselves through a screen. It’s quite superficial as the first thing you see is their face and body and you can’t exactly sell yourself in a few words in your bio. It’s a saturated area where many singles are just waiting to find their one.

That’s another issue. It’s called Bumble Date but do people actually want to date on there or just have a quick hook up? James is a prime example, he knew his game plan and he wouldn’t let himself get close because he knew it would hurt if things went sour. He instead fills his bed with a different girl every few days to have that companionship but also to not get bored. It’s always hard talking to someone new, through a screen of all things where things can get misconstrued, and to not even know what they want. It’s always worse as well when they sell themselves falsely. Where they say they want to meet for coffee or for something fun like bowling then two minutes later it’s ‘send nudes’. You deny them and then that’s it, conversation over, back to the start again.

But what if you get to that part? Actually meeting in person? Well then you don’t know if they’re a catfish or their pictures are really out of date or they’re a murderer. You just don’t know! And for me, someone who has come out of a four and a half year relationship and has met basically all my boyfriends face to face, this is very daunting.

But that’s the risk you take I guess. It’s hard to find people outside of your friendship circle and it’s no wonder those groups can become so insectious. Even if you join clubs or groups that care about what you care about most of the time those people aren’t looking for someone or already have someone.

It seems this is the future for dating and it’s scary. It’s a very hard way of finding someone you click with and in some ways I wish it wasn’t like that. I know I’m only 23 so it’s not like I’m rushing to find a husband, but when you go through the same conversation with almost every guy it gets a bit boring and really makes you question is it worth it at all.

What do you think of online dating apps?