So after the success of the first Inbetweeners movie of course a second was made, and this time we were off to Australia! Was this one as good as the first? Nah, but it never was going to be, but that doesn’t mean it’s not still a very enjoyable watch. 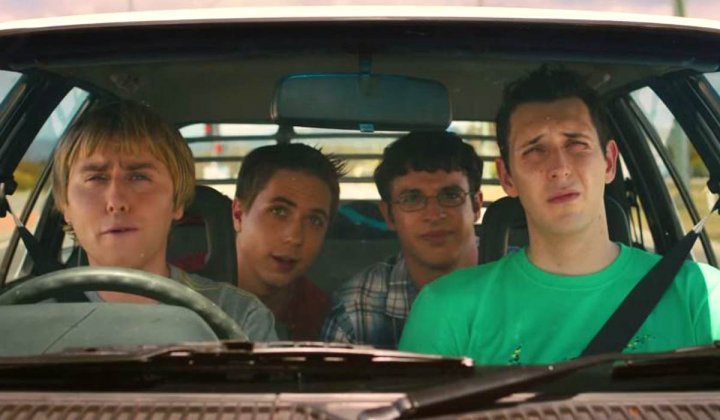 In the second movie Will, Simon, and Neil all travel to Australia to visit Jay. Jay is living with his uncle there and of course is continuing his tradition of lying about everything. While he says he lives in a big mansion and has different women every night, really he’s there to rekindle his romance with Jane, the girl from the first movie.

The lads arrive and Will bumps into an old friend. He becomes obsessed with her, as he does, and wants to follow her across Australia. But of course things get in the way and hilarity ensues. This whole movie is basically Jay trying to get his girlfriend back and the lads helping him along the way. But it’s great! 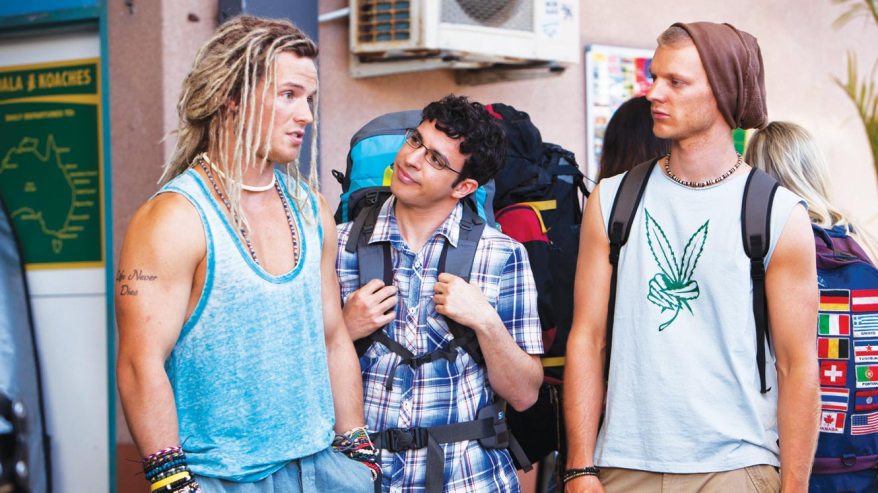 What I liked in this movie was each of the characters had their own storylines. Jay with his ex. Will with his crush. Simon and his psycho girlfriend back home, and Neil…with his dolphins. This movie felt more expensive and flashy and had a longer, more drawn out plot than the first. But that did mean it got a bit boring at times and some of the jokes were just too far (mainly talking about the poo in the water slide with this one).

Overall it’s still a good, fun movie but it doesn’t hold a candle to the first. I felt the first was still on par with the TV show which is quite a hard thing to achieve. Whereas this one felt much longer, more americanised and not what the Inbetweeners once was.

While I enjoyed it I do believe (and I hope) that the Inbetweeners is put to rest now and isn’t made into a third movie as I feel that’d spoil it. If you can still enjoy watching the old TV show and laugh at the characters’ misfortunes then why do you need to try and be funny with new content? Just let it be and let the fans go back and enjoy it again and again.

What did you think of The Inbetweeners 2?