This was odd. I went in thinking oh this’ll be good and came out thinking eh?

Nails follows a woman named Dana who gets into a car accident and is stuck in hospital recovering. She has a tube in her throat, has to pee in a bag, and basically cannot leave her bed at all.

Opposite her bed is a closet and at night a ghastly man horribly nicknamed Nails because of his fascination with children’s finger and toenails comes out and tries to kill her. It turns out Nails used to work in the hospital and was found out to be the murderer of a bunch of kids there and hung himself in that very closet.

So Dana tries to get things done about the situation but of course no one believes her. That is apart from her daughter who helps her escape the hospital. Well nearly. She dies in the end. And what a lame ending that was. All of this build up and tension for nothing. And the monster is still out there! Fabulous. What was the point?

Well the point was it turns out Dana was a patient at the same hospital when she was a child and when Nails was doing all his killings so it seems he was after her again because he didn’t get to kill her off the first time. Ok, you tried to have depth there movie, but it wasn’t really elaborated on. There was no flashbacks or even Nails mentioning this when he tries to kill her apart from one very small line in one scene.

But my main issue with this movie was it had the tension, it had the jump scares, but it was very flat. Not much really happened and because she was bedridden we really couldn’t explore much or get about. It was all about character development and I honestly didn’t care for the characters all that much. Dana was annoying and whiny, her husband was clueless, her daughter was really the only saving grace and what really annoyed me. And it’s dumb. Is that Dana knew Nail’s real name yet still chose to call him the nasty nickname he was given. Maybe if you had more heart and remorse for this guy he wouldn’t have killed you? I don’t know. 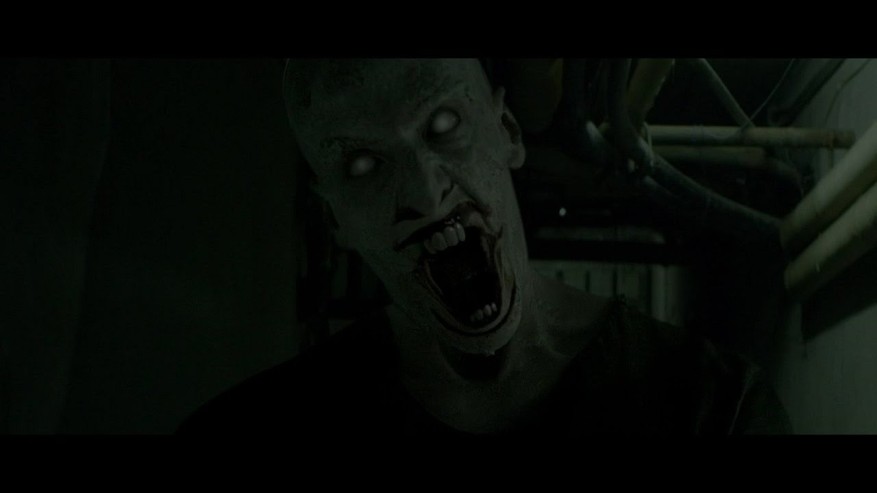 But what I thought was going to be the twist and was going to be a redeeming factor was if Nails didn’t actually kill those children but was framed because he was a bit dim. So he was killing because he was angry and wanted revenge for what happened to him. And he goes after Dana because she has a hand in that somehow, maybe as a kid falsely accusing him because of what others were saying. That seems a lot more fun than the movie we actually got. And maybe if Dana made it out in the end or something and we still saw Nails roam the halls that would be even cooler.

But what I do know is I won’t be watching this movie again in a hurry and there are plenty of other movies who have this same sort of premise and do it better so go seek those out instead.

What did you think of Nails?