The Haunting of Hill House Review

Oh my actual god I cannot believe how amazing this TV show is. If you haven’t watched it yet go read my spoiler free review here then watch the show and come back to this one so we can talk about it all! 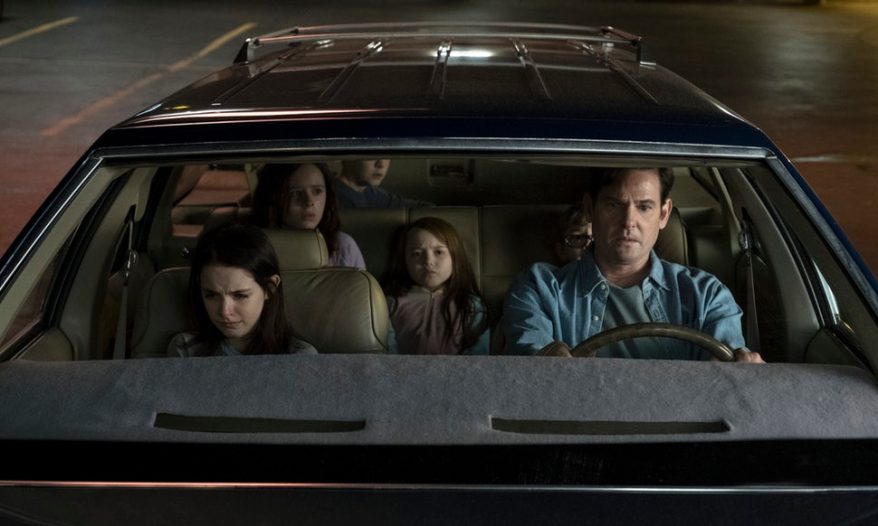 In the beginning I’ll admit I felt as if this was going to be just another ghost story show, but it was so much more. The horror actually terrified me within this show and the tense atmosphere you feel from the first minute is so enveloping I found it hard to tear myself away.

The characters were all incredibly interesting and charming in their own way and it was fascinating following them from childhood to adulthood and how the events of hill house affected them.

So let’s talk Nell. Nell was a wonderful character and absolutely gorgeous as both a child and an adult. Her wedding dress was stuff of dreams I absolutely adored it. So when it came to her death episode I found it very moving and slightly strange. I did not understand why her mother wanted to ‘kill’ her, I mean she didn’t really she was just wrapping the locket around her neck but it still seemed odd and this wasn’t truly explained until the end which of course kept me watching.

This episode began the full on binge watching for me where I couldn’t stop. It was something I hadn’t really seen in film before and the cuts between what Nell was seeing and what was reality was beautiful.

Then we had the wake episode and oh my days this was beautifully shot! The longshots with the camera tracking must’ve taken some hard work and I fully appreciate it as it truly captivated me. When the crooked neck woman who turned out to be Nell first showed up in the room stood behind the characters I didn’t notice her at first but when I did I must admit I jumped out of my skin. There was no jump scare or sound cue it was simply a change in something that wasn’t there before and that was truly terrifying. That is real horror in my eyes. And you also have to celebrate the actors in this episode. The amount of effort they must’ve put in to remember all their lines and be in the right place at the right time must’ve been exhausting but it looked so good and I fully appreciate the time and effort put into this episode.

Then there’s that moment in episode 8 and that nearly killed me, literally. It’s such a simple scene that seems so inviting and warm and to have it change suddenly into something so terrifying completely took me off guard. I was mid through eating an oreo and that jump scare hit me so hard I had to pause the show and take a moment to calm myself down. It was utterly fantastic and I loved it and I need more people in my life to watch this show just so I can talk to them about this specific moment because I don’t want to ruin it with people who haven’t seen it.

And then the ending. And I saw on Twitter so many people talking about how they bawled their eyes out at the end and I didn’t understand how they could’ve. Then I got to the ending and I was a mess. I didn’t stop crying for about fifteen minutes after it finished and whenever someone tried to speak to me about it I’d get choked up again. 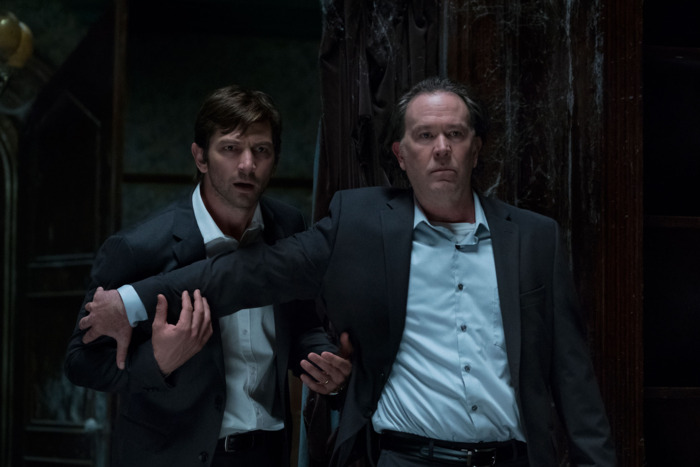 I believe it’s one of the most gorgeous and heartbreaking pieces of TV ever. From them nearly dying, to them saving Luke, to the dad showing Steven what really happened in that house, to the reasons why it couldn’t be destroyed and how in the end he decides to kill himself to be with his wife again, it was heartbreaking, beautiful and so memorable. The performances were so real and the way the actors communicated and connected with one another with more than words was astounding and leaves me awestruck.

That ending will stay with me for a long time and I believe it deserves all the credit in the world. For such a horrifically horrifying show that truly terrifies you to the core can leave you with tears in your eyes and a want for it to never end you know it’s amazing.

I never usually rewatch horror shows because I find them too predictable or, now I know where all the scares are I don’t find them scary, but with Hill House I feel there’s so much more I could get from this show and I would honestly watch it again and again and I don’t think I could ever get bored.

What did you think of The Haunting of Hill House?