So while everyone argues it out online about best and worst movies of 2018 instead I will be looking back on the reviews that did the best on my website! And no, not all of these will be from 2018, these are just the ones with the most views. Let’s get started.

Inside the Mind of a Serial Killer – surprisingly my top viewed review on a TV series that wasn’t even that good. Inside the Mind looked at serial killers but in more of an after school special sort of way instead of investigative journalism. 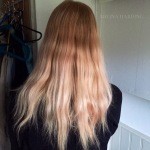 Bath Bomb Dyed My Hair?! – and once again, a review from 2015 is still my second most viewed post. While this bath bomb did indeed dye my hair then I am unsure of the formula of it now so don’t be afraid to try this one out next time you’re at a Lush store.

Knights of the Damned – after picking this up on a whim with my ex-boyfriend because he loved dragons I didn’t expect it to blow up quite as much as it did. Yet here we are…

The Bourne Identity – one of my more controversial reviews. Was this a good movie when it came out? Am I the one that’s out of touch?

Naked Attraction – an opinion piece where I delve into the dating game of Naked Attraction and how I think it’s wrong that looks are being placed above personality in this day and age.

J K Rowling: A Word? – now this is controversial! A rant about how J K Rowling has ruined my childhood by constantly beating the dead Horse better known as Harry Potter.

Why I Stopped Watching Once Upon a Time – another opinion post about how I found OUAT sexiest, misogynistic, and why I gave up on it just two seasons and a half in.

KFC Christmas Advert – the only Christmas advert to make it to the top 10 and for a fast food company no less! Was it that controversial or do people just really love chicken?

Breaking the Magician’s Code – want to become a magician? Well, my friend, you’ll find all your answers and more here!

Lesbian Vampire Killers – probably the weirdest review to grace this list. Fun none the less. A stupid movie from the two lads from Gavin and Stacey, give it a go (and give that a go too!)

I hope you’ve enjoyed my many reviews from this year and I hope you look forward to many more in 2019!