The Spy Who Shagged Me Review

The first time I saw this movie I was in my tweens so you can imagine a lot of the jokes went over my head. Watching it now as an adult, wow, this still holds up!

The Spy Who Shagged Me is the sequel to International Man of Mystery, a parody movie of James Bond. It follows Austin Powers, a man who is known for enjoying the company of lots of women, who has his mojo stolen by a man lovingly named Fat Bastard. Austin must travel back in time to try and get his mojo back, while also defeating Dr Evil who plans to blow up Washington DC with a laser on the moon, and get the girl! Normal Saturday afternoon for most right?

But there’s more with the introduction of Mini Me, Scott’s awkward time trying to find a connection with his dad who doesn’t believe he’s evil enough, and more. This movie is ridiculous but that’s what makes it so fun and enjoyable. 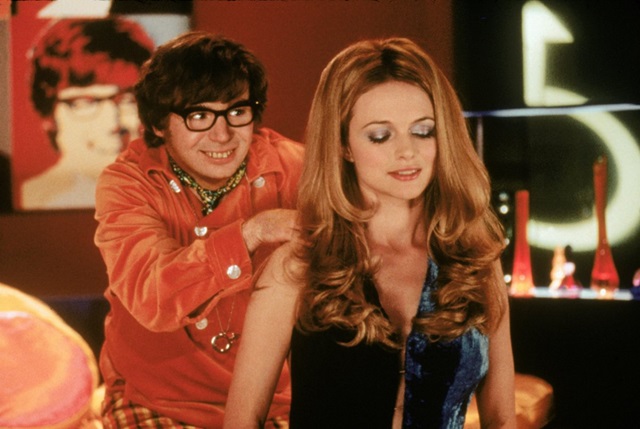 I personally don’t like the James Bond movies so this makes a great alternative. Even now I quote the Austin Powers movies far too often and I still believe this one may be the best. From the call backs to the original, Mini Me, and everything in between it is hilarious!

If you haven’t seen the Austin Powers movies or have but it was a long while back I definitely recommend giving them a watch. Although some of the jokes may be out of touch and the effects aren’t the greatest the storyline and characters still hold up.

Although, thanks to the Shrek movies, Fat Bastard is definitely a little tainted and his voice definitely reminds me of an ogre instead.

What do you think of The Spy Who Shagged Me?