I liked this movie. I thought it was fascinating. Until the climax…that was more of an anti-climax har har.

Winchester follows Eric, a doctor with a drug problem, who visits Sarah Winchester under orders of the Winchester company who say she is no longer fit to be in charge of the company. Upon arrival at her home Eric is greeted by many random rooms, some with wooden boards nailed to them, and soon realises these rooms are not just for guests (well, not living ones anyway).

Sarah is haunted by the people who were killed by the company’s rifles. They tell her what room they want to be built and she builds it, causing the demon/ghost/paranormal being to leave her be. But some aren’t so easy.

Throughout the movie young Henry has been possessed by a specific ghost that is trying to kill the Winchester family. In the climax this evil spirit is of course taken care of and it’s a happy ending, well relatively happy. And that was my issue. 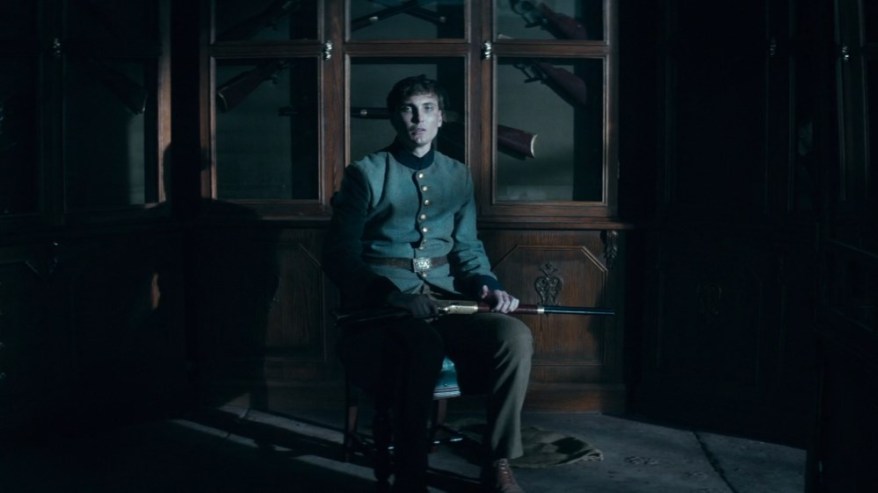 Up until the climax, the movie was very set on giving you this air of mystery. It wasn’t like other paranormal films, no, it had more depth and excitement. You could feel the energy coming from each of the rooms and as every moment passed and more was unravelled you became even more enthralled in the story.

But then the climax happened and it felt like any other paranormal film where they have to fight off a spirit and all is well. I would’ve liked something more, less jump scares and loud noises and more stealthy action. More cat and mouse chasing around the house. It was such a good movie the ending just left me with a bit of a sour taste. It wasn’t bad, it was just the same as all the others.

So while this movie is enjoyable I do believe they could’ve done more with the ending and I hope not all paranormal films have to end with some sort of ghost/human boss battle.

What do you think?