This may be the most horrific Final Destination movie because the premonition is terrifying. Practically all of us use roads as a means of travel every day so being front and centre of a car crash is going to be incredibly chilling. 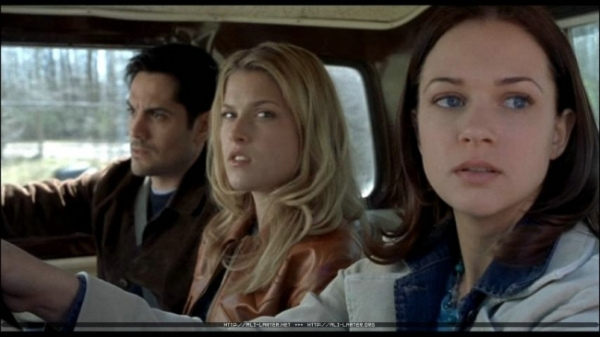 So, as you can tell, the premonition in this movie is a car crash involving multiple vehicles and people. It is incredibly scary to watch and even now I find it hard driving behind any sort of vehicle that has loose loads on it. And much like the other films, the same picking off of the survivors ensues.

But a new opponent enters the ring and the group believe that if a new life is born from one of the survivors this will cut out death’s plan and the deaths will stop. Only this doesn’t work because the pregnant woman they thought was going to die in the car crash was actually never involved in it anyway, making her birth redundant (in the nicest possible way).

And in some ways this is annoying. We never actually find out if this plan would have worked or not. In a way we do with Kimberly drowning herself at the end only to be revived and brought back from the dead meaning she was ‘new life’ but then we have the ending where a person close to them explodes. It’s a BBQ incident he didn’t just randomly combust. It makes me wonder did they cheat death or was it just a coincidence and the boy exploding was death’s way of letting them know he’s still there.

Overall though, while the movie isn’t the most fabulous, it’s car crash scene is terrifying and easily shakes you to the core. Be prepared for a lot of gore in this one!

What do you think of Final Destination 2?