This was a show I stumbled upon while trying to find something new to binge watch….and I finished both seasons in two days. 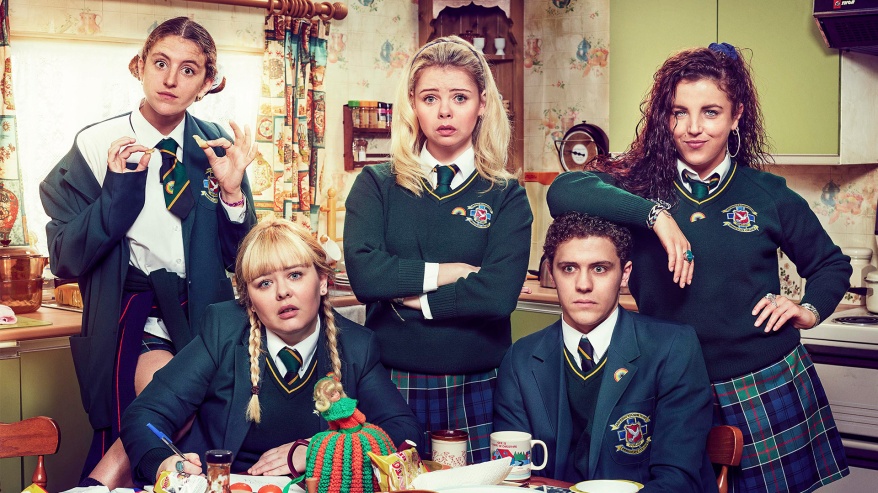 Derry Girls follows 4 girls all from Derry and 1 boy, Michelle’s cousin, who is from England. They all go to a catholic girls school and get into lots of hilarious problems mainly involving religion and school. It’s similar to The Inbetweeners in that it has a school setting with a group of outsiders but it is Irish and is somewhat cleaner and wittier than The Inbetweeners (although I still love that show).

The group are Michelle, James, Erin, Orla, and Clare. Each have their own characteristics and bring their own flare to the show and each are hilarious. It’s a fantastic misfit bunch that you learn to love throughout the show.

Currently there are two seasons of Derry Girls and both hold up magnificently. Season three is set to come out 2020 so there is plenty of time for binge-watching.

I feel this show has fallen under the radar a bit so if you enjoy funny teenage tomfoolery with a mixture of 90s Irish conflict and a group of kids just trying to do their best in a world that seems stacked against them you’ll love it.

And don’t worry about the social commentary. I know little about the issues of Ireland in the early 90s yet I still found this enjoyable to watch and learnt a thing or two too.

What do you think of Derry Girls?