I saw this on Netflix, I added it to my list, I watched it….I wish I hadn’t. 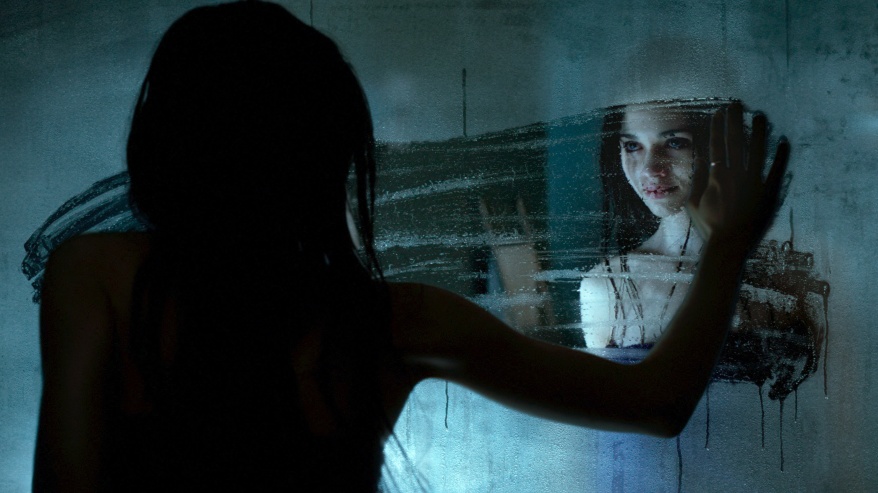 Look Away follows a young girl who is dealing with a lot of teenage issues: bullying, body issues, love, and jealousy just to name a few. This isn’t helped in anyway by her flaky mother and her cosmetic surgeon perfection-obsessed father.

This young girl is introduced to her reflection (what a sentence!) who tells her they could switch places and the reflection version can solve her issues, which she does in some ways, but which also ends up in a lot of deaths.

In the end the movie tries to elude to the fact that there was only ever one girl and the reflection she saw was actually just a figment of her imagination and she committed these crimes herself…possibly during black out moments.

Let me tell you the issues I have with this movie:

It’s insanely over the top and some of the deaths are a bit random and quick. They’re just strange and don’t seem to fit well into the tone or feel of the movie. They almost come across as humorous.

There are a lot of sex scenes or nudity. It’s strange and due to the actress looking so young and portraying such a young girl it just felt very uncomfortable. There is even a scene where the teenager gets undressed in front of her father when she’s ‘drunk’ which is very awkward and is not a fun thing to watch.

If you’re going to watch this movie I would suggest doing it alone. This movie can be quite uncomfortable to watch and I can imagine if you suggest a viewing with a friend or family member or whatever they could look at you differently after.

Would I watch it again? Definitely not. But what do you think?