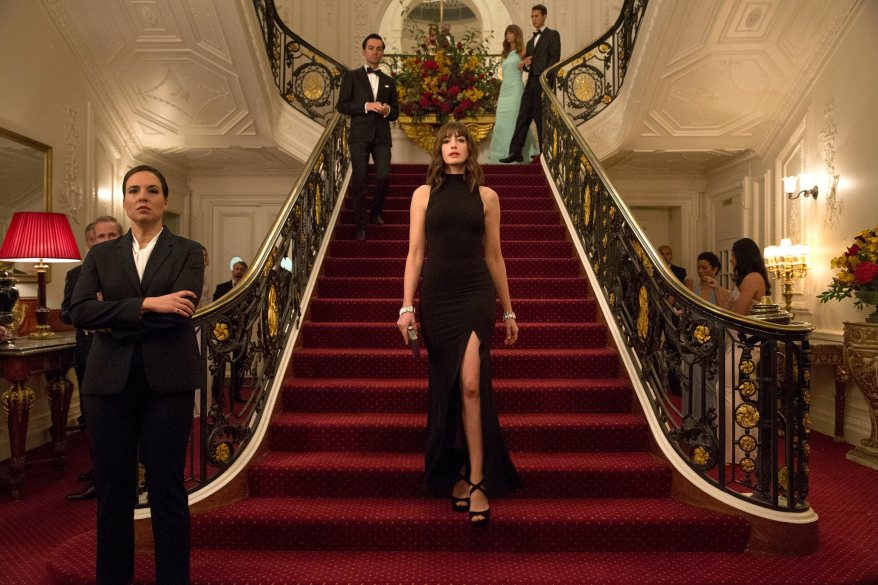 The Hustle follows two con-women who mainly con men out of thousands of dollars. Starring Rebel Wilson and Anne Hathaway the pair make a comedic duo due to their differences and way of working the con. The two women end up in the same rich area of France and decide the place isn’t big enough for the both of them. They place a bet that whoever cons a mark out of $500k wins and gets to stay, but things take a turn when Rebel’s character Penny ends up falling for the mark himself. Oh, and there’s some fun other twists in the end too!

I enjoyed this movie. I liked how the two characters clashed against one another and how they put their interests aside to work together too. It was funny, but not the American-style of funny. I found Anne Hathaway brought a class to the film that made it less cringy and more charming. The male lead in this movie too, Thomas, was fantastic at really putting his character across in one light so when *spoilers* he turns up at the end completely different I wasn’t even sure if it was him or not.

*end of spoilers* Overall I really enjoyed this movie and would probably watch it again, but may leave time between the viewings so the punch of the twist at the end doesn’t wear off too soon. I’d definitely recommend a watch of this movie as it is fun, funny, smart, and keeps your engagement.

What did you think of The Hustle?