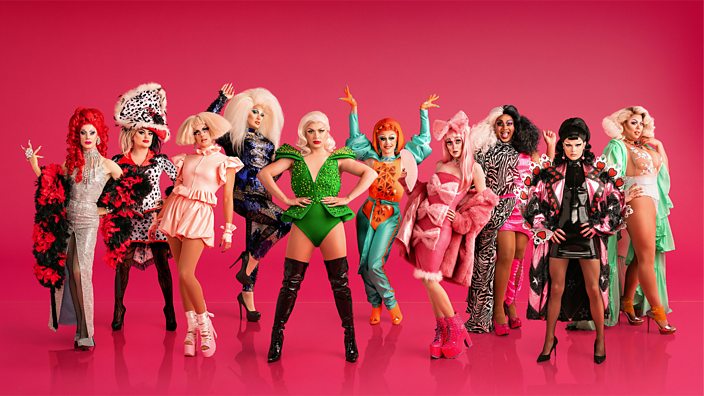 Drag Race UK was fantastic! Full of British references and jokes it made me proud to be British and gave me a bigger love for British drag queens. So let’s talk about them…

I quite enjoyed Gothy but she definitely felt too new. Give her a couple of years and I imagine she’d be a well-rounded very fun drag queen. Maybe she could come back one day?

Scaredy interested me as she is from the same county as me. She seems fun and sassy and I was obsessed with her cat collar but I do think she has areas to improve on. You’re great, but I want to see more!

I absolutely loved Vinegar so I was sad she left so early. Her money look killed me I was laughing so hard and I would love to see so much more of her. Her personality is brilliant and so infectious.

Again another huge personality that I adored! She was so funny and memorable I wish I got to see more of her and hopefully in the future I will.

Crystal was a different kind of queen with her chest hair and androgynous nature. I really enjoyed her though, especially in the Downton Draggy episode, and I think she’s a brilliant queen. ‘It was quite the scandal’.

Blue was such a sassy queen! When she first came along I thought she was sweet and cute but she had some very fun venom and I was here for it. She seemed to be a bit of the ‘evil queen’ of this season yet she was still lovely and funny with it. I feel like all the drag queens were nice and there wasn’t really a bitchy one in this season.

The Roxy of drag race UK. I loved her, she was fun, funny and had loads of personality but I do think she could definitely polish up and be even better.

Baga is an incredible drag queen with lots of personality and charisma. I get why she didn’t win but she was definitely one of the most memorable. Much betta!

A fashion queen. I loved Davina from her sass to her personality to her outfits. A fabulous queen inside and out. I would not have been disappointed if she won.

I liked The Vivienne – her Trump was insane and her final look was gorgeous but I did feel like she could be quite bitchy at times. I’m happy she won but I do think it went to her head a bit and the competition bought out her worst side. She seems like a fantastic queen though and I would love to see more of her.

Overall I was insanely pleased with this season and Drag Race UK and I can’t wait for the next season!

What did you think of Drag Race UK?