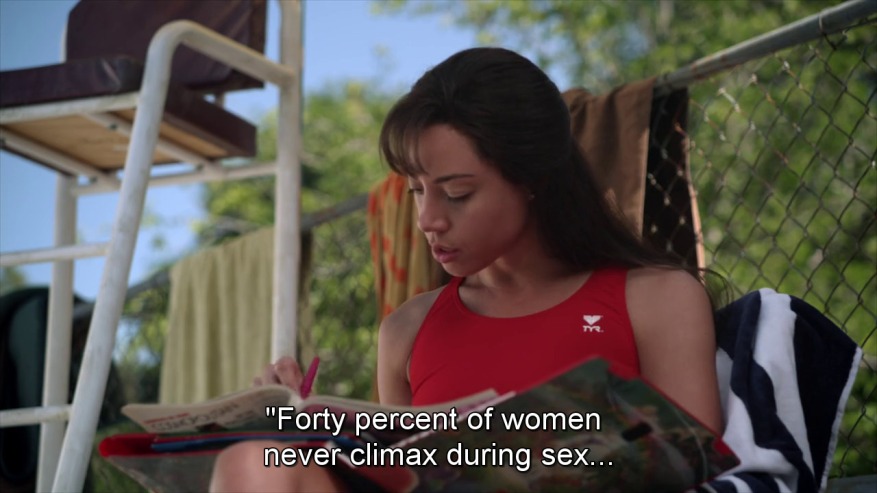 The To Do List follows little virgin Brandy who is going off to college. She needs to get her numbers up to be able to have all the fun sex she wants at college – going from straight A student good girl to straight D bad girl (see what I did there?).

She devises a list of all the things she has heard other people have done, including some very kinky stuff, and goes about the boys she knows at her summer job to tick items off the list until the big cherry popping moment happens.

But of course people are not happy with this including her family and the guy who’s had a crush on her for years. Yes he gets to get with her but still feels used by it and is shocked he’s just one of many.

And that’s just fascinating isn’t it! Usually it’d be a girl in his situation but this time the girl is the one in charge, taking a hold of her sexual identity and exploring in a way that girls are usually shamed for. Yes she does still get shamed but at the end she realises that it’s not a big deal to have sex and as long as you’re safe who cares? It’s quite a great message for anyone beginning to explore their sexuality themselves.

Of course it doesn’t dive very deep into the dangers of multiple partners but it’s fascinating to watch as each guy is different and into different things and that’s absolutely fine. I really enjoyed this movie as it’s fun, quirky, very stylish but also has a good message at the end of it.

I definitely think we need to leave slut shaming in the past no matter what gender. Go out, have fun, but be safe about it!

What did you think of The To Do List?