Seeing as this movie came out as the next instalment after Suicide Squad it was absolutely incredible! This is what happens when you give a movie to a director that knows what they’re doing. 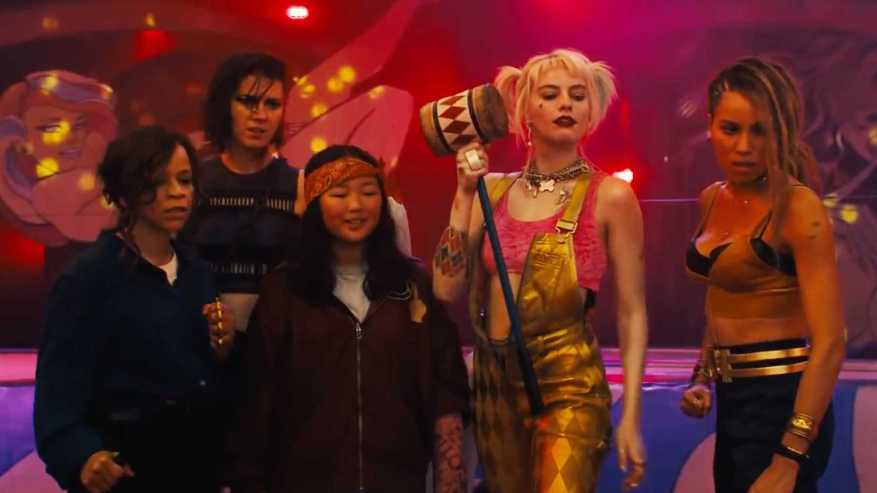 Birds of Prey is all about Harley Quinn and her getting over her break up with the Joker. There is a lot of comparison to Deadpool which I believe is warranted but I didn’t feel like this was a copy. I felt this movie easily stood on its own two feet and just had more fun than other DC movies we’ve been subjected to before.

Harley is kidnapped by an evil bar owner known as Black Mask who she used to be on good terms with as she had the protection of the Joker – women can never stand on their own can they? But before she has her face peeled off she says she can help him find a diamond he has lost. A diamond that’s connected to a large sum of money. The girl who stole the diamond is a young pick pocket who lives in the same apartment as the singer of the bar – known as Black Canary. Black Canary is working with the Black Mask but it’s clear she feels uncomfortable and also doesn’t want anything bad happening to the girl who has the diamond.

Alongside this, the correct owner of the diamond, a girl known as Huntress is hunting down the men that killed her family for the diamond and the money it’s connected to. And a detective called Renee who works with the police is also trying to find the Huntress and stop her spree of murders.

This is where it all comes full circle when the 5 women convene by chance at an abandoned amusement park which honestly looks incredible and I’d love it to be a real thing. Here they have to fight off men that work under Black Mask and stop him from killing the kid and taking the diamond.

I really enjoyed this movie, but I do feel me being a woman may have something to do with it. I noticed all the small things that are normally missed in an action movie. Like Harley giving Canary a hair tie while they’re fighting so it’s easier, or how Harley is dressed is much more comfortable and easy to move in. I did think it was a bit on the nose when Black Mask was making the girl undress at his bar but apart from that I thought it was brilliant.

I loved how the main cast all came from different backgrounds and each had their time in the spotlight. And, for me, a girl who is above average height seeing how tall the Huntress is was amazing and I finally understood how good representation can feel.

This is a movie I definitely recommend from it’s killer soundtrack to brilliant actin and incredible story line. It ticked all my boxes and is definitely a favourite of mine. I do hope this means that there are better female superhero movies in the future and just better film making as a whole.

What did you think of Birds of Prey?