I feel that James Nesbitt should be known as the crime drama king because he seems to be in every single one of these types of series’.

The one thing I really enjoyed about this series was how it looked at the people affected by the poisonings and not just the police side of it all. I […]

I spent so long trying to read the book and I just could not get into it, so I hoped that watching the film I would enjoy it more, spoilers: […]

The Sound of Music Review

So I finally got round to watching this movie and this was the first movie I’ve ever seen with an intermission and it was…interesting. 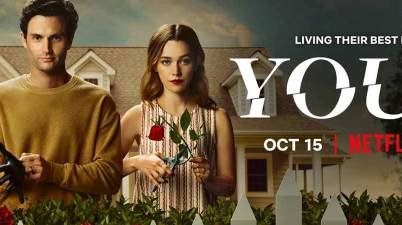 I really enjoyed this season because it went down a different route. Usually Joe is on his own staking out a new love interest however this time, being married and […]

Only Murders in the Building Review

I haven’t been this obsessed with a show in a long time and I absolutely loved it! From start to finish I couldn’t wait for the next episode.

This is one of those shows where each episode is so short you can just continue to watch it and watch it until you finish the season in a day.

This film gave me a stress headache, so you know it was good.