Lights Out started out life as a short movie that went viral. I’ve spoken about this short before when reviewing the Lights Out trailer but even now, when I watch it back, I still can’t watch it with the sound on.

Looking back at my Lights Out trailer review I was excited for the movie, I wanted to know where they were going with it and how they could progress it from a two minute horror short to a feature length film. Now I’ve watched the movie…I have a different opinion. 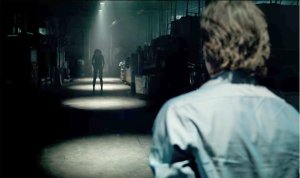 Lights Out is set in a house where a woman lives with her young son, Martin. Her daughter, Rebecca, a young woman no longer lives with them after a falling out with her mum after her dad died. Since Rebecca was a child she has known of an imaginary being called Diana. The movie’s main conflict begins because Diana has resurfaced and killed Martin’s father. Diana has control over Martin and Rebecca’s mother using her depression and helplessness as a way of entering our world. But things turn sinister and Rebecca knows if she doesn’t do something quickly Diana will kill her and her brother. This begins a huge fight between her and Diana as well as her mother as she comes to terms with her old friend not really being a friend at all. Expect jump scares, twists and a somewhat anti-climactic ending.

To quote my past review: “Where will they take the story? What more could they add? The story from the short horror is very simple and effective with not a lot of backstory to the characters’ shown so how will the story hold up when all that is included too?” The simple answer here is that it doesn’t really. For one, they give the demon a name, and a backstory, and also the fact that she is after this one family because of a friendship from when she was alive. The thing that made the short film so scary was the thought that it could happen to anyone. This demon could be hidden in any dark corner of your home and come after you for no reason. Connecting the demon to the family through their past meant, as long as you weren’t connected to this family, you were safe. Yes the jump scares were scary but it didn’t resonate with you. Not like other films where the monster could then come after you because it’s joy is just in killing. 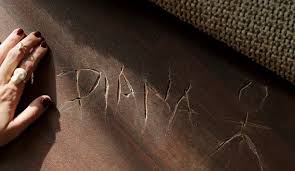 The characters had good depth though and there was an interesting back story to the demon, even if that did mean it lost some of its scariness. The development of the characters through the movie was interesting enough and their acting wasn’t bad it just didn’t have a very good ending. The movie was an hour and a half long so not even that long for movie standards these days. Maybe they didn’t know how to end it. Or maybe it just fell flat after how terrifying the ending to the short film was, who knows? All I know was I was quite enjoying it up to that part.

Would I recommend this movie? Yeah, why not? It’s only an hour and a half long so it’s not going to take up too much of your time and it is an interesting watch for the most part. I would definitely recommend the original short film over this any day though.

What do you think of Lights Out?